The Coronation of His Majesty The King 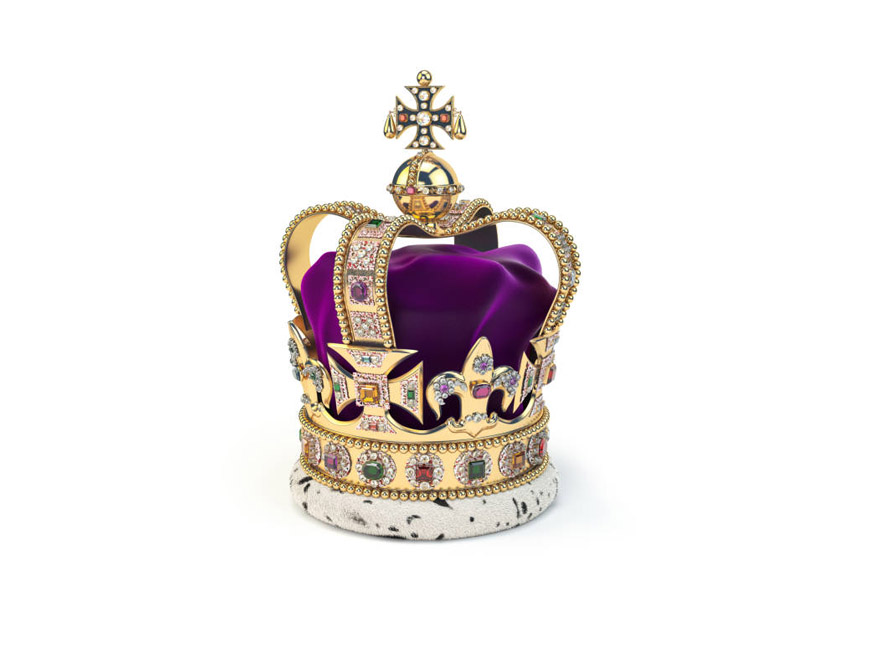 Buckingham Palace is pleased to announce that the Coronation of His Majesty The King will take place on Saturday 6th May, 2023.

The Coronation Ceremony will take place at Westminster Abbey, London, and will be conducted by the Archbishop of Canterbury.

The Ceremony will see His Majesty King Charles III crowned alongside The Queen Consort.

The Coronation will reflect the monarch’s role today and look towards the future, while being rooted in longstanding traditions and pageantry.

Further details will be announced in due course.

St Edward’s Crown was made for the coronation of Charles II in 1661, and is only ever used for the act of crowning a new monarch. It is set with semit-precious stones in solid gold and weighs 2.3kg. It was commissioned by Charles II from the Crown Jeweller Robert Viner to replace the medieval crown melted down by the Parliamentarians in 1649. On 2 June 1953, the moment when the Archbishop of Canterbury placed the crown on The Queen’s head, a fanfare was played by the State Trumpeters, a gun salute was fired from the Tower of London and a peel of bells was rung at Westminster Abbey.

6th May 2023, King Charles III will become the 40th Sovereign to be crowned at Westminster Abbey.

2 June 1953 Queen Elizabeth II became the 39th Sovereign and sixth Queen in her own right to be crowned at Westminster Abbey, where every coronation for the last 900 years has taken place.

The coronation service used in modern times can be traced back to the crowning of King Edgar at Bath in 973. In 1953 the service essentially followed the ritual set out in a fourteenth century illuminated manuscript called the Liber Regalis, which with some adaptations has formed the liturgy of all subsequent coronations.

The service takes place in the coronation theatre, a specially constructed area at the East end of the Abbey. The term ‘theatre’ refers to the spectacle and drama in the religious significance, historic association and rich pageantry of the service.

11 million listened to the radio broadcast

29,200 troops from the United Kingdom and the Commonwealth took part in the processions

8,251 guests attended the Coronation service 250 representatives of Crown, Church and State took part in The Queen’s procession into Westminster Abbey

43 kilometres of stands were constructed along the processional route

The duration of the Coronation service was 3 hours

The Archbishop of Canterbury

Justin Portal Welby (born 6 January 1956) is a British bishop who is the 105th Archbishop of Canterbury. He has served in that role since 2013. Welby was previously the vicar of Southam, Warwickshire,[2] and then Bishop of Durham, serving for just over a year. Ex officio, he is the Primate of All England and the symbolic head primus inter pares of the worldwide Anglican Communion.

Welby was educated at the University of Cambridge where he read history and law. Later in life, he studied for ordination at St John’s College, Durham. After several parochial appointments, he became Dean of Liverpool in 2007 and Bishop of Durham in 2011.

Welby’s theology is reported as representing the “open evangelical” tradition within Anglicanism. Having worked in business before his ordination, some of his publications explore the relationship between finance and religion and, as a member of the House of Lords, he sits on the panel of the 2012 Parliamentary Commission on Banking Standards.

The archbishop of Canterbury is the senior bishop and a principal leader of the Church of England, the ceremonial head of the worldwide Anglican Communion and the diocesan bishop of the Diocese of Canterbury. The current archbishop is Justin Welby, who was enthroned at Canterbury Cathedral on 21 March 2013. Welby is the 105th in a line which goes back more than 1400 years to Augustine of Canterbury, the “Apostle to the English”, sent from Rome in the year 597. Welby succeeded Rowan Williams.[1]

From the time of Augustine until the 16th century, the archbishops of Canterbury were in full communion with the See of Rome and usually received the pallium from the pope. During the English Reformation, the Church of England broke away from the authority of the pope. Thomas Cranmer became the first holder of the office following the English Reformation in 1533, while Reginald Pole was the last Roman Catholic in the position, serving from 1556 to 1558 during the Counter-Reformation.

In the Middle Ages there was considerable variation in the methods of nomination of the archbishop of Canterbury and other bishops. At various times the choice was made by the monks of the cathedral priory (before the Dissolution of the Monasteries under Henry VIII) the pope, or the king of England. Since the English Reformation, the Church of England has been more explicitly a state church and the choice is legally that of the Crown; today it is made by the reigning monarch on the advice of the prime minister, who in turn receives a shortlist of two names from an ad hoc committee called the Crown Nominations Commission.