US Ambassador Brian A. Nichols 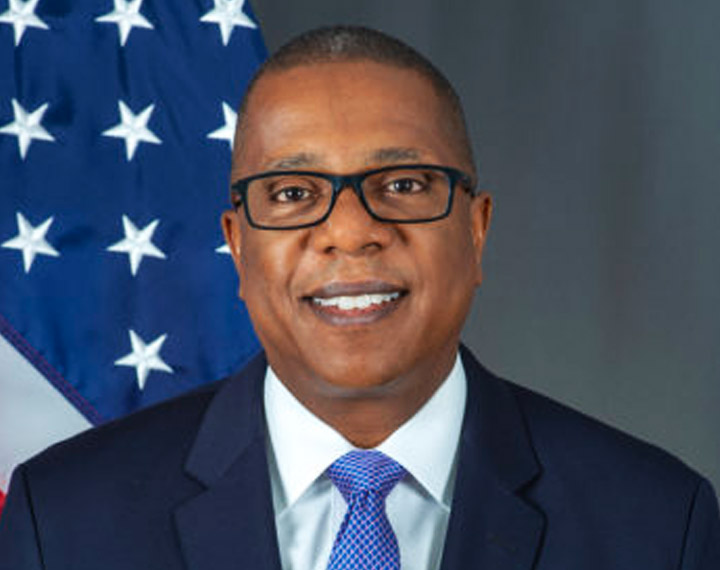 US Ambassador Brian A. Nichols  US Embassy Zimbabwe

Brian A. Nichols presented his credentials on July 19, 2018, as U.S. Ambassador to the Republic of Zimbabwe. Ambassador Nichols previously served as the Ambassador to Peru from 2014 to 2017. He pioneered strategies against illegal gold mining, illegal logging, wildlife trafficking, and environmental degradation. He supported American trade and investment in Peru, increasing agricultural sales to over $1 billion annually, defending the rights of American investors, and building the Hemisphere’s largest public-private partnership—the U.S.-Peru Cacao Alliance.

Brian Nichols was Principal Deputy Assistant Secretary of State for International Narcotics and Law Enforcement Affairs (INL) from 2011 to 2013. In that capacity, he oversaw the full range of rule of law programs, counter-narcotics and multilateral issues managed by the bureau. From 2007 to 2010, he served as the Deputy Chief of Mission at the U.S. Embassy in Colombia, where he managed day-to-day U.S. diplomatic activities in Colombia including overseeing over $500 million in annual assistance. Ambassador Nichols previously served as the Director of the Office of Caribbean Affairs, coordinating U.S. policy toward 14 Caribbean countries. He also served as Counselor for Political Affairs at the American Embassy in Indonesia from 2001 to 2004. Ambassador Nichols has also served in Mexico and El Salvador during major democratic transitions. He began his Foreign Service career as a Consular Officer in Lima in 1989.

Ambassador Nichols has earned over 20 awards during his diplomatic career, including the 2016 Charles E. Cobb, Jr. Award for Initiative and Success in Trade Development. He is married to Foreign Service Officer Geri Kam. They have two daughters.

The overall mission of the U.S. Embassy in Harare is:

To assist with Zimbabwe’s development and humanitarian needs, and to build lasting personal and institutional linkages between the people of the United States and Zimbabwe.

Our top priorities are: