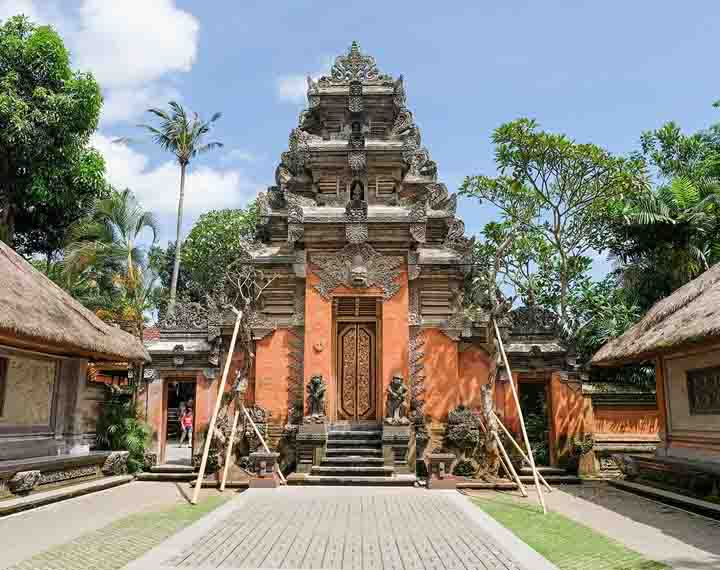 The palace was the official residence of the royal family of Ubud. It was on his travels that Rsi Markandya received a divine revelation that in Bali he was to bury five precious metals on a mountain slope where the mother temple of Besakih now stands today. Along with a group of followers, Rsi Markandya was magnetically attracted to a destination located in the central foothills of the island that radiated light and energy. This place was Campuhan in Ubud at a junction in the Wos River and it was here that he felt compelled to build a temple by the name of Pura Gunung Lebah.

On subsequent expeditions around Bali, Rsi Markandya built a number of other significant temples and created a shared irrigation system for the terraced landscape that is still practiced by farmers today. The formation of the banjar, which is a village council responsible for community and religious affairs, was also inspired by Rsi Markandya. In essence, it can be said that Rsi Markandya is responsible for the foundation of Balinese Hinduism in its purest form referred to as Agama Tirtha or the religion of holy water.