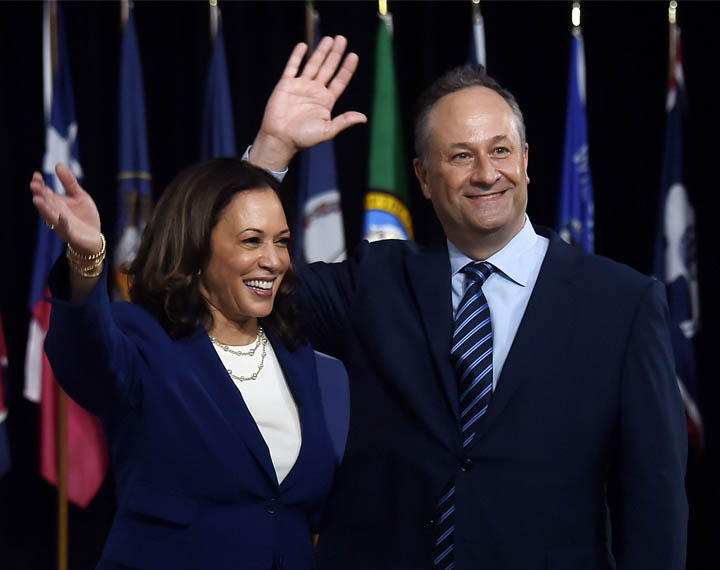 When Vice President Kamala Harris and Second Gentleman Doug Emhoff move into Number One Observatory Circle in Washington, D.C., they will be the eighth vice-presidential family in American history to do so. The official residence of the veep — often referred to as the Superintendent’s House, the Admiral’s House, or simply VPR (vice president’s residence) — the property has been home to every vice president since Walter Mondale (who served under Jimmy Carter) in 1977

Built in 1893, the home is located on 12 of the 72 acres of land that comprise the U.S. Naval Observatory, a government agency where scientists work on providing for the U.S. Navy and Department of Defense. It’s located approximately two-and-a-half miles north of the White House, the President’s official residence. Before it housed American vice presidents, Number One Observatory Circle first served as a home for U.S. Naval Observatory superintendents. Twelve superintendents lived in the home, then, the house was so lovely that in 1923, the chief of naval operations kicked out the superintendent so he could move in himself.”

With their offices located on the White House grounds, Vice Presidents since Walter Mondale have lived with their families on the grounds of the United States Naval Observatory. The white nineteenth-century house at Number One Observatory Circle in northwestern Washington, D.C. was built in 1893. Originally intended for the superintendent of the USNO, the house was so lovely that in 1923, the chief of naval operations kicked out the superintendent so he could move in himself. Historically, Vice Presidents and their families lived in their own homes, but the cost of securing these private residences grew substantially over the years. Finally, in 1974, Congress agreed to refurbish the house at the Naval Observatory as a home for the Vice President.

Three years passed before any Vice President actually lived at Number One Observatory Circle. Vice President Gerald Ford acceded to the Presidency before he could use the home, and his Vice President, Nelson Rockefeller, only used it for entertaining. Walter Mondale was the first Vice President to move into the home. It has since been home to the families of Vice Presidents Bush, Quayle, Gore, Cheney, Biden, and Pence. Vice Presidents have welcomed countless guests to the residence, including foreign leaders and dignitaries. Still, the Naval Observatory has continued to operate. Scientists observe the sun, moon, planets, and selected stars, determine and precisely measure the time, and publish astronomical data needed for accurate navigation.

The 33-room Victorian-style property was built by Washington resident and architect Leon E. Dessez, who had a hand in creating plans for the Washington Monument before he passed away in 1918. Utilizing a Queen Anne-style architectural design, which was popular at the time, Dessez imbued the home with a sense of grandeur by giving it an expansive reception hall, classic columns, a wraparound porch, elegant turrets and more