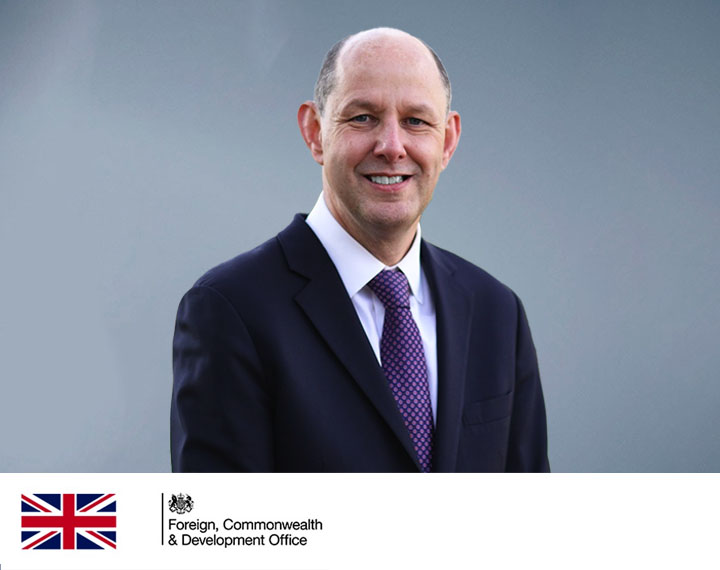 Prior to his appointment to lead the FCDO, Philip was British High Commissioner to India from June to August 2020. Before that he was Director General in the Cabinet Office working on the UK’s longer-term response to the COVID-19 crisis. He was previously Director General, Consular and Security in the Foreign and Commonwealth Office from April 2017 until January 2020.

Philip joined the Foreign & Commonwealth Office in 1986 and is a career civil servant. He has been posted overseas in Caracas, New Delhi, Cyprus, Gibraltar as Deputy Governor and Washington as Deputy Ambassador. He was British High Commissioner to Pakistan from 2014 to 2016.

Philip was Acting Chairman of the Joint Intelligence Committee from 2016 to 2017. He has also worked in the Cabinet Office as Director General on the 2016 Anti-Corruption Summit and Director Foreign Policy and Afghanistan/Pakistan Co-ordinator supporting the National Security Council. He was Private Secretary to Prime Ministers John Major and Tony Blair.

Previously, Philip worked in the FCO in London on international economic relations, the EU and South Asia. He has also been seconded to the International Institute for Strategic Studies as a Consulting Senior Fellow focusing on South Asian issues.

In the Foreign and Commonwealth Office, Philip has been a member of the Management Board and Executive Committee, Sounding Board Chair, a Non-Executive Director of FCO Services and was Board Champion for tackling Bullying, Harassment and Discrimination from 2017 to 2020.

Philip was born in 1963. He studied economics and politics at Warwick University and has a Masters degree in economics from the London School of Economics. He is married to Amanda and they have a daughter and a son.