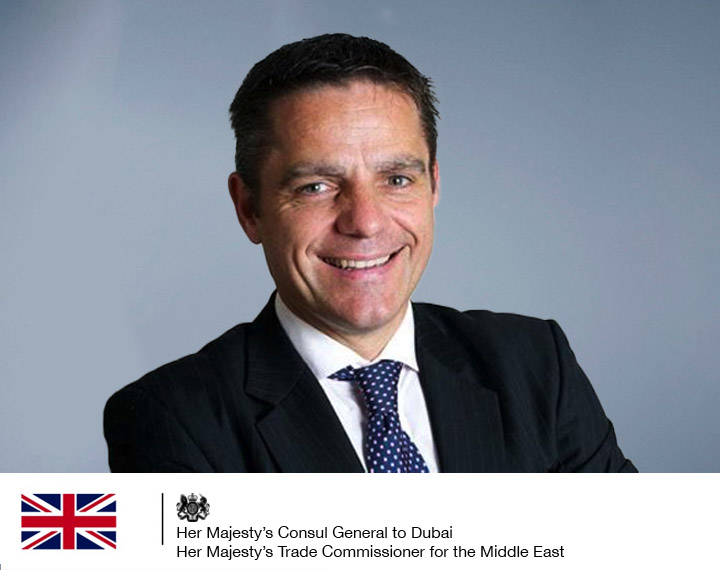 Simon Penney was appointed as Her Majesty’s Trade Commissioner (HTMC) for the Middle East in May 2018. In January 2021 he was also appointed as Her Majesty’s Consul General (HMCG) to Dubai. Simon has spent many years in the banking sector with extensive experience leading corporate and financial institution groups and teams across Europe, the Middle East, Africa and Asia. Simon’s previous roles in the Middle East include Head of Corporate and Investment Banking at First Gulf Bank and Chief Executive Officer, Middle East and Africa with the Royal Bank of Scotland. Simon has also worked for ABN AMRO Bank in South Africa and the UK, in consulting at PwC and in project finance within the construction industry. Simon holds an MBA from Nottingham University and a construction management degree from Reading University.