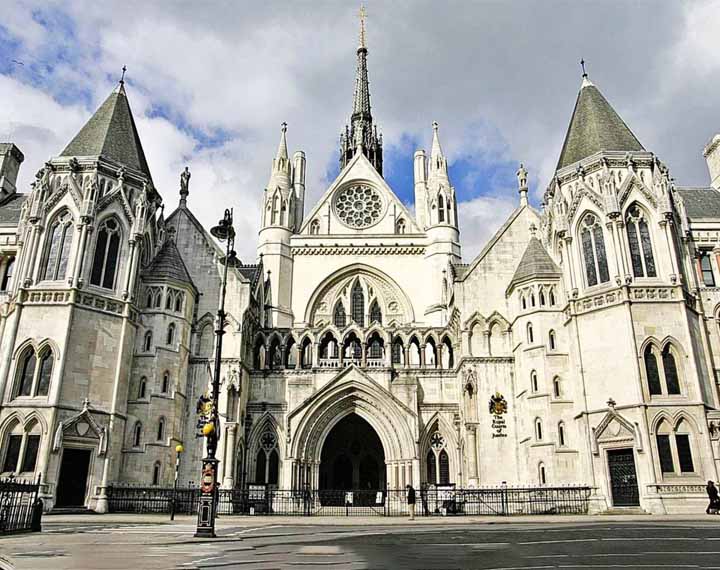 Ornate, Victorian Gothic building, opened in 1882, with a high-ceilinged great hall and law courts. The Royal Courts of Justice, commonly called the Law Courts, is a court building in Westminster which houses the High Court and Court of Appeal of England and Wales. The High Court also sits on circuit and in other major cities. Designed by George Edmund Street, who died before it was completed, it is a large grey stone edifice in the Victorian Gothic style built in the 1870s and opened by Queen Victoria in 1882. It is one of the largest courts in Europe. It is a Grade I listed building