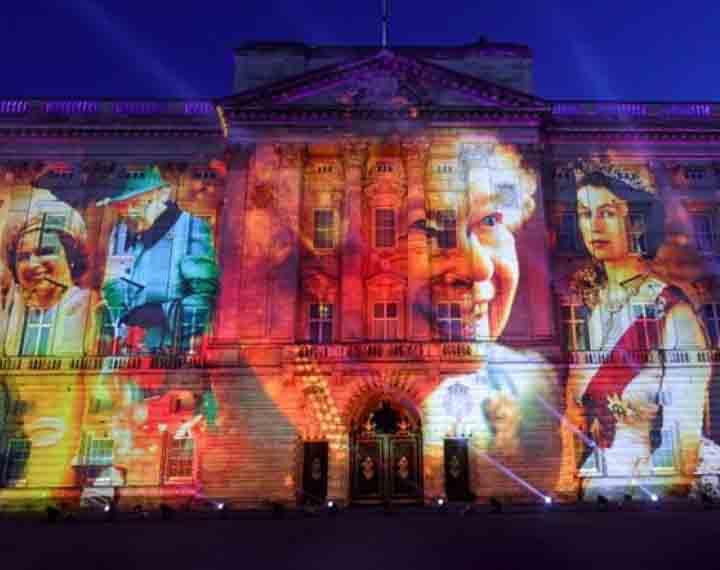 Her Majesty The Queen is the first British Monarch to celebrate a Platinum Jubilee after 70 years of service. The recent special extended bank holiday weekend provided an exciting opportunity for communities and people throughout the United Kingdom to come together to celebrate this historic milestone. 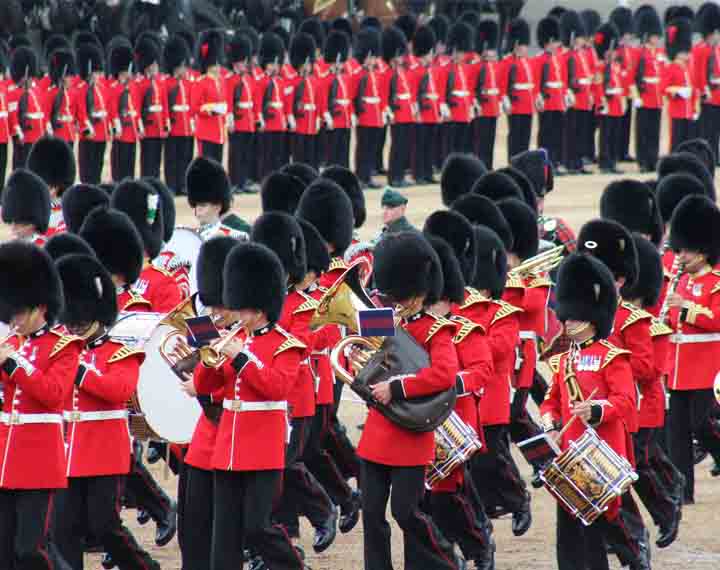 More than 1,400 parading soldiers, 200 horses and 400 musicians came together in the traditional Parade to mark The Queen’s official birthday, usually held on the second Saturday in June. Beginning at Buckingham Palace, the Parade moved down the Mall to Horse Guard’s Parade, joined by members of the Royal Family on horseback and in carriages. The Parade closed with the traditional RAF fly-past, watched by The Queen and members of the Royal Family from the Buckingham Palace balcony. 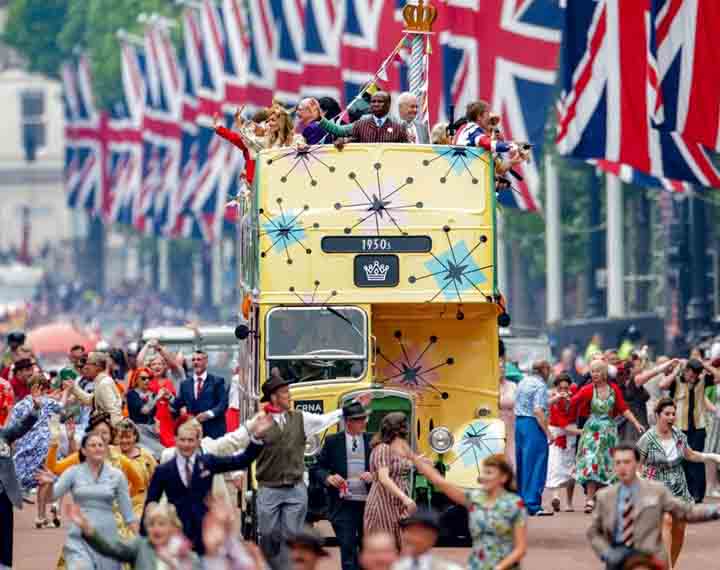 The Platinum Jubilee Pageant had all the excitement and spectacle of an international parade and carnival – awe-inspiring and filled with marvel and delight. The Pageant combined street arts, theatre, music, circus, carnival and costume to celebrate Her Majesty’s unwavering duty, love of the natural world and dedication to the Commonwealth.The Platinum Jubilee Pageant invited children from across the UK to play a part in the ‘River of Hope’ procession. Forming an important part of the Pageant, the procession comprised of two hundred silk flags which will process down The Mall, emulating a moving river. Primary and secondary school children created a picture of their hopes and aspirations for the planet over the next 70 years. 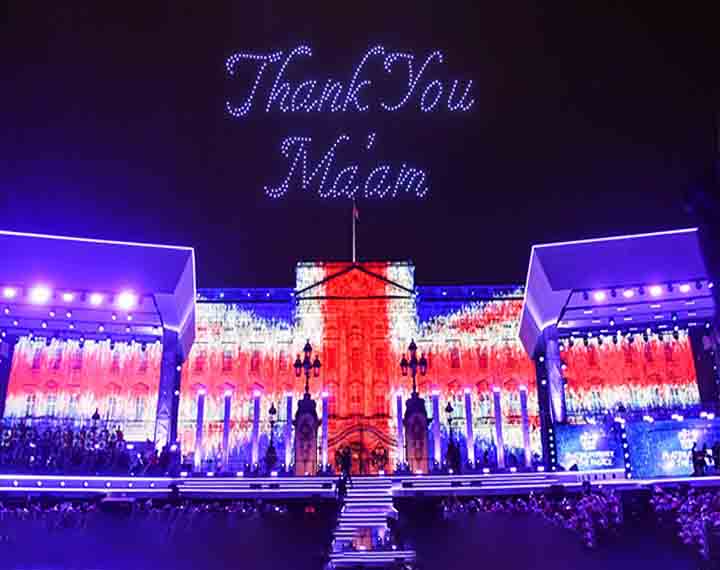 Platinum Party at the Palace

The BBC provided full coverage for The Queen’s Platinum Jubilee. This momentous milestone was marked across television, radio, BBC News, iPlayer and Sounds with content from across the UK. Kirsty Young anchored a full weekend of programming for the Jubilee, and she was joined by presenters including Huw Edwards, Clare Balding, AJ Odudu and Roman Kemp, as well as Anita Rani.

The biggest names from across the BBC  hosted a variety of programmes celebrating The Queen’s extraordinary 70-year reign, including documentary The Crown Jewels presented by Clive Myrie and The Queens Jubilee Pudding: 70 Years in the Baking with Mary Berry. Hosts Kirsty Young and Roman Kemp lead the live coverage of the Platinum Party at the Palace, on BBC One, iPlayer and across the entire BBC network, bringing together the world’s biggest entertainers to perform for a night of musical tributes to celebrate. Reporters across the UK did cover this historic celebration, including Jermaine Jenas at Buckingham Palace, Gethin Jones in Wales, Carol Kirkwood in Scotland, and Holly Hamilton in Northern Ireland. 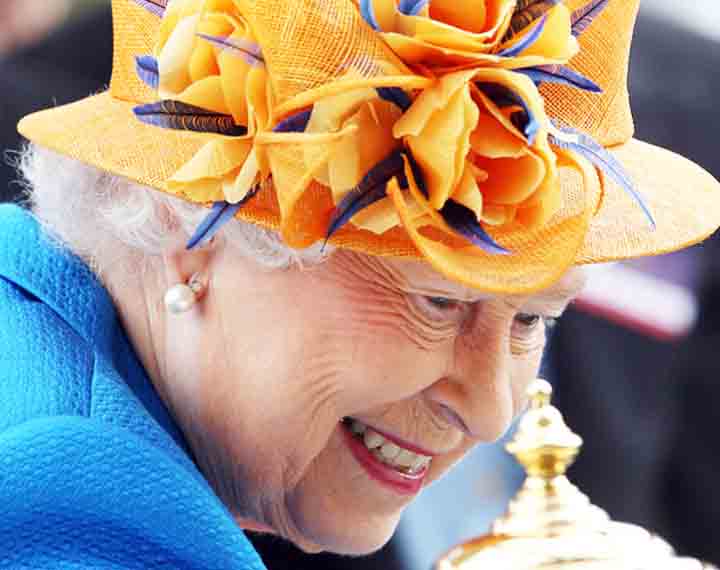 The Cazoo Derby at Epsom Downs

Her Majesty The Queen, accompanied by members of the Royal Family,  attended the Derby at Epsom Downs

St Paul’s celebrated Platinum Jubilee year with a Service of Thanksgiving, and a brand new exhibition and more

2022 heralds the Platinum Jubilee year for Her Majesty The Queen, marking 70 years of service to the people of the United Kingdom, the Realms and the Commonwealth. St Paul’s held an historic Service of Thanksgiving for The Queen’s reign on Friday 3rd June, part of a four day UK bank holiday weekend from Thursday 2nd to Sunday 5th June. To mark this extraordinary and exciting occasion, St Paul’s showcased a brand new exhibition. Jubilee: St Paul’s, the Monarch and the Changing World explored the history of Jubilee celebrations at St Paul’s Cathedral across three centuries.

Opened Wednesday 25th May 2022, the special exhibition at St Paul’s Cathedral examined the Jubilee celebrations for King George III, King George V, Queen Victoria and the Silver, Golden and Diamond Jubilees of HM Queen Elizabeth II.  Using objects from St Paul’s extensive Archive and Collections, the exhibition told the stories of Jubilee celebrations for each monarch, from the Golden Jubilee celebrations of George III in 1809, to the most recent Jubilees for HM Queen Elizabeth II. Visitors did experience beautifully embroidered and ornate copes (or ceremonial cloaks) worn by clergy during special services; scrap books collected by staff and volunteers through the years, pictures and paintings from each memorable day and much more.

One distinctive object that was the standout performer was the Jubilee Cope. Designed by Beryl Dean, the delicately embroidered cloak depicts the spires of 73 churches in the Diocese of London, three Royal Peculiars and St Paul’s Cathedral, realised in cream and pastel silks and golden threads. Taking thousands of hours for skilled needle workers to produce, the Jubilee Cope was presented to the Diocese of London to commemorate the Silver Jubilee in 1977 and first worn at the Service of Thanksgiving on 7 June 1977. Exploring the theme of souvenirs, the exhibition also includes designs for commemorative tea towels, designed by local school students in collaboration with the St Paul’s Schools and Family Learning team. Over 90 Art and Design students from schools in London borough Tower Hamlets have designed tea towels, exploring their family stories over the past 70 years, with a selection on display as part of the exhibition.

Alongside the exhibition there was a special programme of events including late night openings in July and August. There was also a community outreach music project, ‘Choir for the Queen’, which saw St Paul’s create dedicated learning resources to enable school children aged 4-15 from across the UK and around the world to share a video singing their favourite hymn as a musical gift for Her Majesty.

The Dean of St Paul’s, the Very Reverend Dr David Ison says “It was a great honour to hold a Service of Thanksgiving for the Reign of Her Majesty The Queen and to celebrate her 70 years of service to the UK and the Commonwealth. “We are also delighted to open a brand new exhibition documenting previous Jubilee celebrations across three centuries. From rich and beautiful textiles to treasured photographs and scrapbooks, the story emerges of the excitement and anticipation of each Jubilee celebration, and the unique role that St Paul’s holds in ceremonial occasions. Along with our community outreach programmes and late opening events, our Jubilee exhibition is a fitting way to mark this special occasion.”