President of the French Republic and founder of En Marche 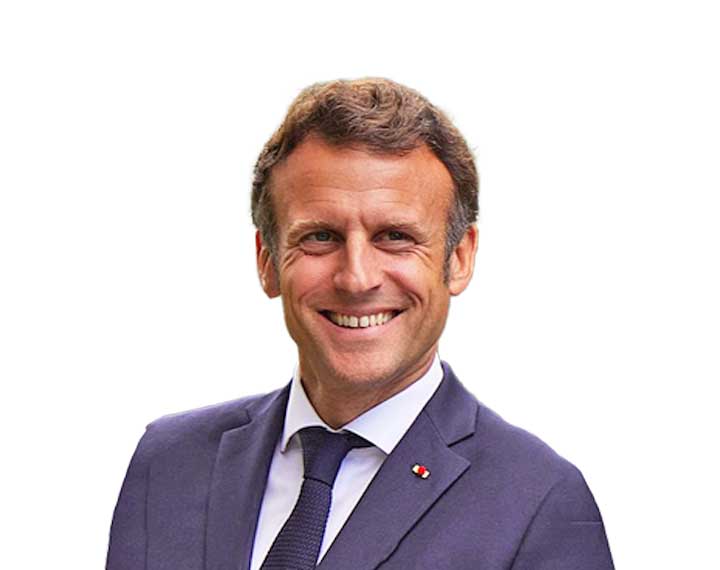 Emmanuel Macron is a French politician who has served as President of France since 2017. Ex officio, he is also one of the two Co-Princes of Andorra. Prior to his presidency, Macron served as Minister of Economics, Industry and Digital Affairs under President François Hollande between 2014 and 2016.

There are things about me that many already know

I did the ENA, I was Inspector of Finance, I worked in a business bank, then for François Hollande during the presidential campaign of 2012, and I have been serving him for over two years as Deputy Secretary General of the Elysée. I was Minister of Economy, Industry and Digital, with passion, until the end of August 2016.

So much for the official biography.

But my life is also other things that I think are useful to share with you.

I was born in Amiens in 1977. I was raised by my parents, public service doctors both, alongside my brother and my sister. Until her recent disappearance, I was extremely close to my grandmother. She was a college principal. If my political thinking and commitment had only one origin, it would be it.

I did my schooling in my hometown. In high school, I met the one who would become my wife, Brigitte, and who then taught French and theater. When I look back, I can say that I was lucky. I grew up in a wealthy environment. My childhood and adolescence years were synonymous with meetings, readings, discoveries. They prompted me, a little later, during my studies, to go towards philosophy and to assist Paul Ricœur in his work. I still keep reading it today and trying to feed my action with his thoughts, his philosophy and what he taught me.

Finally, there is my family. My base, my refuge. Our children and stepchildren, and our seven grandchildren.

So much for a more intimate biography.