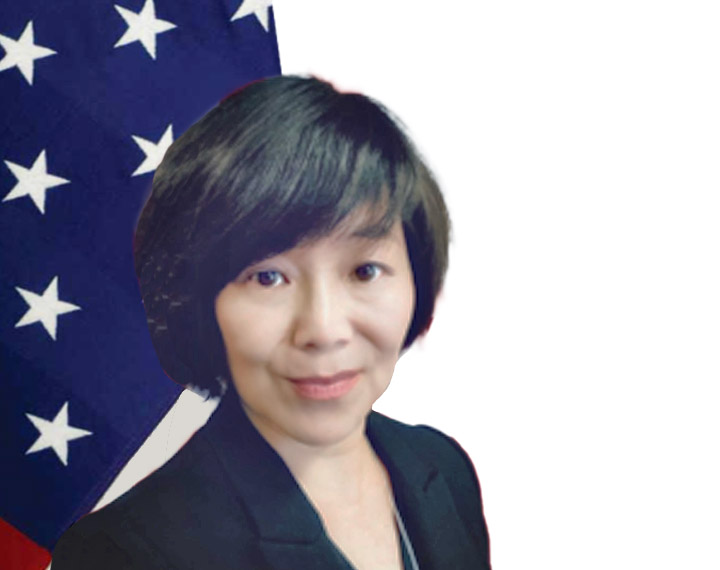 Honourable Pauline Kao assumed duty as Consul General for the U.S. Consulate General in Düsseldorf, covering the state of North Rhine-Westphalia, in August 2021. Before her assignment to Germany, Ms. Kao was the Public Affairs Officer at the U.S. Consulate General in Shanghai, China. Her first diplomatic posting was as Vice Consul for Economic and Consular Affairs in Tokyo, Japan, from 2002 – 2004. Thereafter, she served as Assistant Information Officer at the U.S. Embassy in Berlin, Germany, Staff Officer for the Secretary of State in Washington D.C., and Political Officer at the U.S. Mission to NATO, in Brussels, Belgium. Ms. Kao also served as the Deputy Chief of the Economic Section at the U.S. Embassy in Beijing, China, and as Foreign Policy Advisor to the Special Operations Command, Indo-Pacific (SOCPAC) in Hawaii. From 2011-2012, she was the Transatlantic Fellow at the German Federal Foreign Office, working at the International Organizations Human Rights Directorate.

Pauline Kao obtained her Master of Laws as a Fulbright Scholar at the Alexander von Humboldt University in Berlin, Germany. She holds a Juris Doctorate and a Bachelor of Arts from the University of Washington. Before joining the State Department, Ms. Kao practiced corporate law at a German law firm in Berlin. The most unusual job she held was as a whitewater rafting guide in the Pacific Northwest. Ms. Kao is fluent in English, German, Mandarin Chinese, and has some command of Japanese.

Welcome to the U.S. Consulate General in Düsseldorf, Germany. Our Consulate is responsible for the state of North Rhine-Westphalia (NRW). In this section of our website you will find information about the Consul General, the Consulate, the German-American Clubs and Sister City Partnerships in our region, as well as important political and economic information about NRW.