An audience with Michelle and Oprah 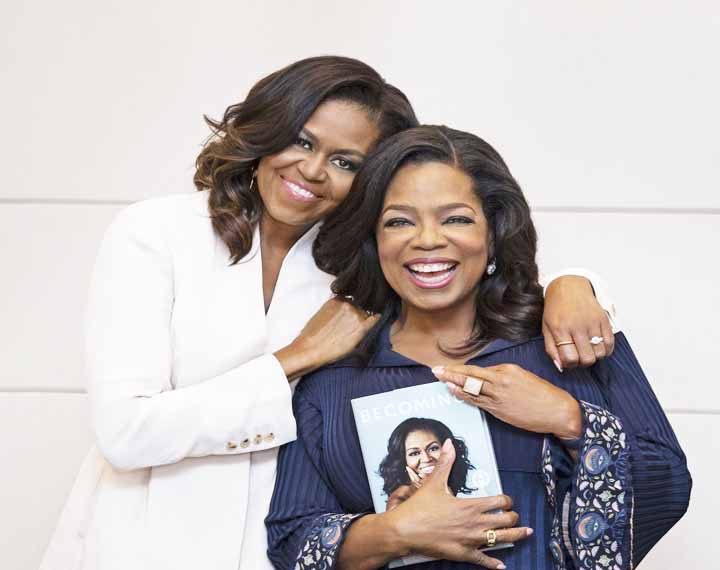 In tandem with the release, Michelle Obama is embarking on a U.S. tour that will kick off on the book’s publication date. “The Light We Carry” Tour will visit six cities throughout November and December—and, as announced today, Obama will be joined by an all-star list of moderators for each event, including Oprah and Gayle.

Michelle Obama needs no introduction. The author, lawyer, and former First Lady is a force to be reckoned with—even more so with the announcement that she will be publishing another book, The Light We Carry: Overcoming in Uncertain Times, on November 15, 2022.

Gayle will join Michelle Obama in Philadelphia on Friday, November 18. Oprah, on the other hand, will wrap up the tour by accompanying Obama at her final event in Los Angeles on December 13. Both Oprah and Gayle supported Obama on her Becoming book tour (read what Obama revealed to Oprah during the kickoff event), so it’s no surprise that they will be moderators once again.

Oprah Gail Winfrey, or simply Oprah, is an American talk show host, television producer, actress, author, and philanthropist. She is best known for her talk show, The Oprah Winfrey Show, broadcast from Chicago, which ran in national syndication for 25 years, from 1986 to 2011.