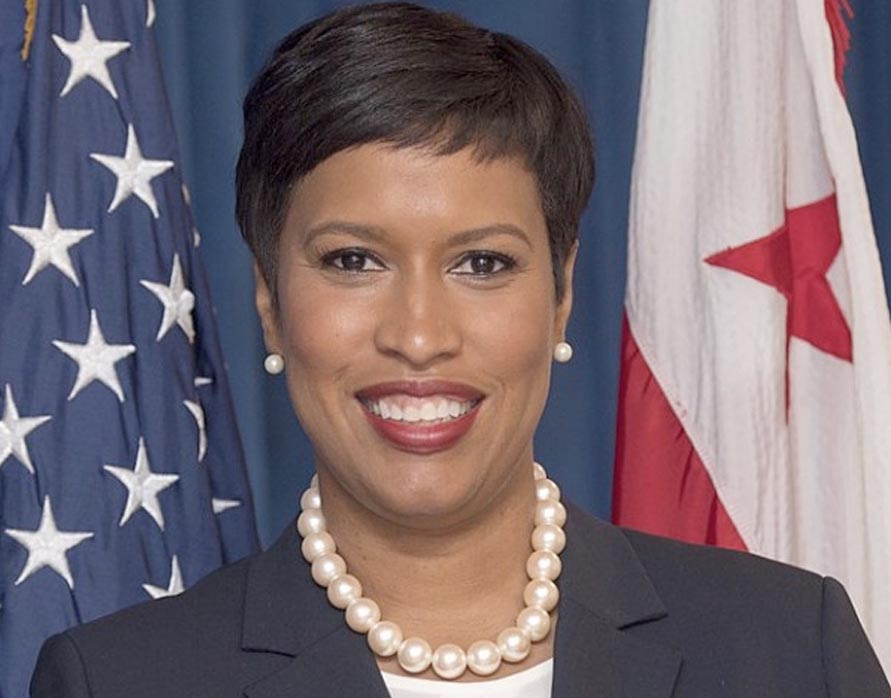 Muriel Bowser is committed to making sure every Washingtonian gets a fair shot in a growing and prosperous Washington, DC. Her administration is focused on making DC’s prosperity more inclusive, advancing DC values, and building safer, stronger, and healthier neighborhoods across DC’s eight wards.

Washington, DC is unique in the American political system – the mayor, DC’s chief executive, functions as a governor, county executive, and mayor. Like governors, Mayor Bowser runs Medicaid, issues driver’s licenses, and has tax authority. Like county executives, Mayor Bowser runs the local jail, and, unlike most mayors, also oversees the public school system. In 2020, Washington, DC is home to 705,000 people across 68 square miles, has a AAA bond rating, and an annual budget of more than $15 billion.

On November 6, 2018, Muriel Bowser became the first woman ever re-elected as the Mayor of Washington, DC and the first mayor to earn a second term in 16 years. Since taking office, the Mayor has taken bold steps to reset DC’s global and national competitiveness, speed up affordable housing production, diversify the DC economy, increase satisfaction in city services, and invest in programs and policies that allow more families to live and thrive in DC.

In the past five years, Mayor Bowser has:

Prior to becoming Mayor in 2015, Bowser served as the Ward 4 Councilmember on the Council of the District of Columbia – first elected in a special election in 2007 and re-elected in 2008 and 2012. As a Councilmember, she served as the Chairwoman of the Committee on Economic Development which created more than 5,000 units of affordable housing, passed legislation to build the new soccer stadium, and secured from the federal government the best portion of the Walter Reed campus for DC. She also led her colleagues to pass comprehensive ethics reform and increased transparency in government contracting.

Office of the Mayor of Washington, D.C.