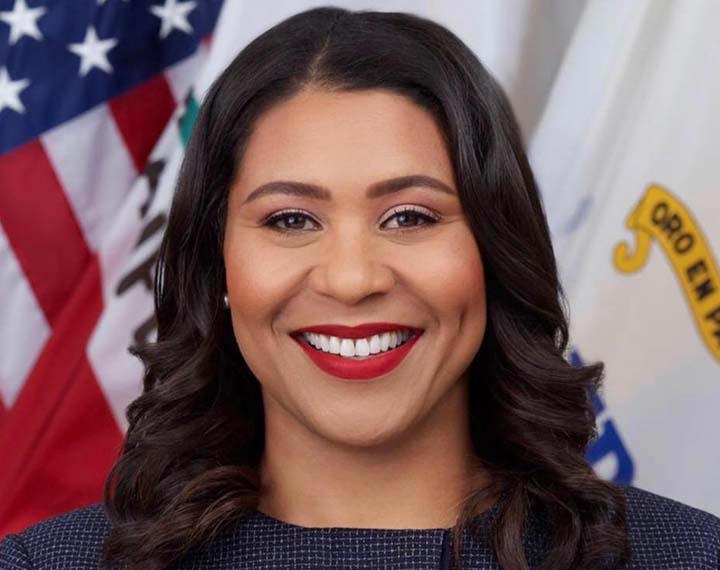 As a native San Franciscan raised by my grandmother in Plaza East Public Housing in the Western Addition community, serving as Mayor is an incredible honor. I have dedicated my entire career to serving San Francisco and all of its residents. As Mayor of this great City I will continue to advance bold and creative solutions to address our most challenging issues and work to ensure we have safe and clean neighborhoods, reliable and accessible transportation, more affordable housing, equitable educational opportunities for all our children, and the services we need to help our most vulnerable residents.

Mayor London Breed is a native San Franciscan, raised by her grandmother in Plaza East Public Housing in the Western Addition neighborhood. In June 2018, Mayor Breed was elected to be the first African American woman and second woman in San Francisco history to serve as Mayor. She was re-elected for her first full four-year term in November 2019. She is leading San Francisco’s ongoing response to COVID-19, with a focus on equity and supporting the City’s economic recovery. Under her leadership, the City launched a comprehensive COVID-19 testing strategy, provided millions of dollars in local relief for residents, small businesses, and communities most impacted by the pandemic, and developed a network of vaccination sites with the capacity to vaccinate at least 10,000 people per day.

Mayor Breed is focused on helping the City’s homeless population into care and shelter; adding more housing for residents of all income levels; helping those suffering from mental health and substance use disorder on San Francisco’s streets; ensuring that all San Franciscans have access to a thriving economy; making San Francisco a cleaner and safer city; and furthering San Francisco’s leadership in combating climate change. In 2020, Mayor Breed announced her vision to fundamentally change the nature of policing in San Francisco and issued a set of policies to address structural inequities, including reinvesting in the city’s African American community. Prior to public service, Mayor Breed served as Executive Director of the African American Art & Culture Complex in the Western Addition for over a decade. She also served as a San Francisco Redevelopment Agency Commissioner and in 2010 was appointed by then-Mayor Gavin Newsom to be a San Francisco Fire Commissioner, where she served until her election to the Board of Supervisors. In 2013, Mayor Breed was elected to the San Francisco Board of Supervisors, representing District 5 for six years, including three years as President of the Board.