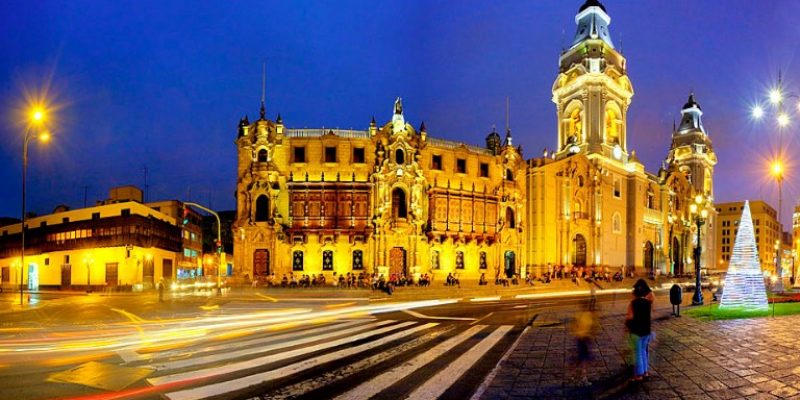 Be the first one to rate! Submit Review
Lima, Peru

On its surface, Lima is no thing of beauty. A sprawling desert city clinging precariously to dusty cliffs, it spends much of the year marinated in a perpetual fog that turns the sky the color of Styrofoam. It is loud, chaotic, and gritty; much of its architecture is bulky and gray. Foreign travelers tend to scuttle through on their way to more pastoral destinations in the Andes.

This is unfortunate. Lima may not wear its treasures on its sleeve, but peel back the foggy layers and you’ll find pre-Columbian temples sitting silently amid condominium high-rises. Vestiges of colonial mansions proudly display lavish, Moorish-style balconies. And, here and there, graceful modernist structures channel architecture’s most hopeful era.

What Lima lacks in attractiveness, it makes up with a huge array of downright literary experiences. Stately museums display sublime pottery; edgy art spaces host multimedia installations. There are solemn religious processions dating back to the 18th century and crowded nightclubs swaying to tropical beats. You’ll find encyclopedic bookstores and cavernous shopping malls, well-heeled private golf clubs and baroque churches ornamented with the skulls of saints. It’s a cultural phantasmagoria with a profusion of exceptional eateries, from humble to high-brow, all part of a gastronomic revolution more than 400 years in the making.

Although severely damaged by earthquakes, this ‘City of the Kings’ was, until the middle of the 18th century, the capital and most important city of the Spanish dominions in South America. Many of its buildings, such as the Convent of San Francisco (the largest of its type in this part of the world), are the result of collaboration between local craftspeople and others from the Old World.