One of the busiest train stations of the region, servicing 5 lines and 14 platforms 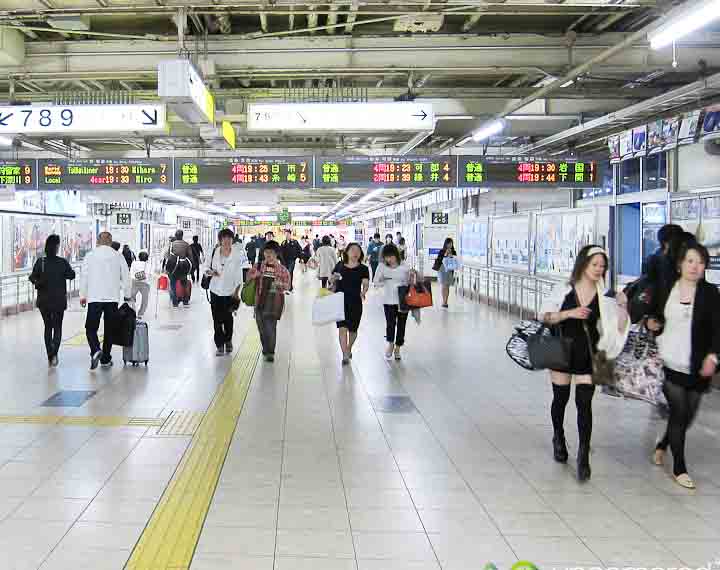 The Hiroshima Station opened its doors a long time ago in 1894, as a small railway hub along the Sanyo line. Now, over a hundred years later, the station became one of the busiest train stations of the region, servicing 5 lines and 14 platforms. The original historic building of the Hiroshima station was destroyed during the atomic bombing in 1945, and the beautiful complex that houses it today was built in 1965. Despite its quite an impressive age, inside the station is modern and very well equipped.

The Hiroshima railway complex boasts two entrances – the south entrance and the north entrance also known as Shinkansen entrance. So if you are planning to travel by a Japanese famous bullet train, make sure to enter through the right doors.

Located to the northeast of downtown Hiroshima, Hiroshima Station on the JR West railway line, is a buzzing transport hub servicing the west of Japan. The station itself is about a 20 minute walk from the city center, or about an 8 minute taxi ride.

Hiroshima Station is a main stop on the Sanyo Shinkansen from Shin-Osaka Station to Hakata Station in Fukuoka and all Shinkansen trains on this route stop here.

Other railway lines connecting from Hiroshima Station are the Sanyo Main Line for Miyajimaguchi, the historic town of Iwakuni and Tokuyama, the Geibi Line for Shiwaguchi and Miyoshi, the commuter Kabe Line for Omachi, Midorii and Kabe and the Kure Line for the port city of Kure, Hiro, and Takehara.