Ornate, landmark monument to the Balinese people, with a grassy surrounding park 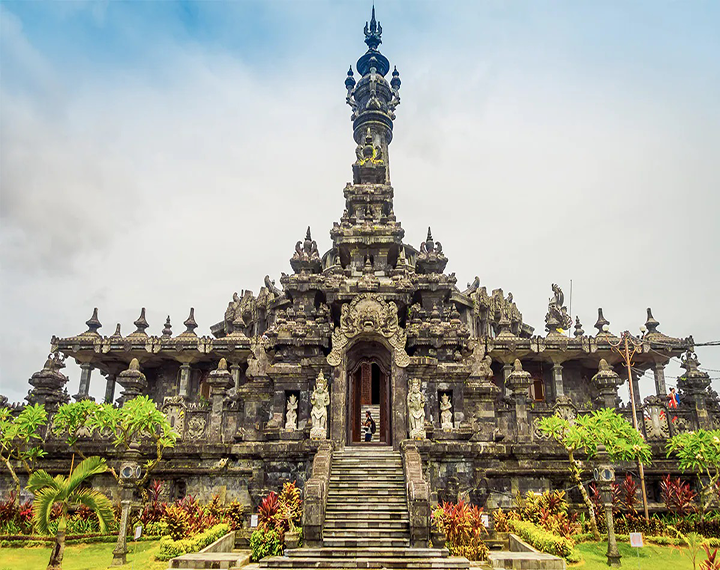 Bajra Sandhi Monument is a monument to the struggles of the Balinese people throughout history. The monument is located in front of the Bali Governor’s Office in Denpasar, Indonesia, on the island of Bali. The monument was built in 1987, inaugurated by president Megawati Sukarnoputri on June 14, 2003.

The main building, the Utama Mandala, has three floors. The ground floor, Nistaning Utama Mandala, contains administrative rooms, a library, and exhibition halls. In the center of the ground floor is a lake called the Puser Tasik. The first floor, Madyaning Utama Mandala, contains 33 dioramas, similar to those in the National Monument in Jakarta, but with a focus on the struggles of the Balinese people. The dioramas cover various incidents in the history of the Balinese, including the Balinese kingdom, the introduction of Hinduism, the Majapahit era, Dutch colonialism, and the struggle for independence. The second floor is a meditative space which provides a panoramic view of Denpasar.