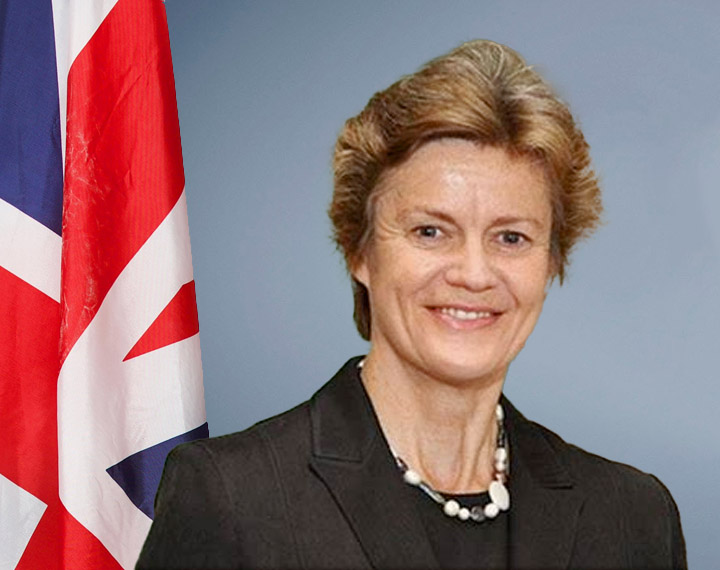 Dame Barbara Woodward became the UK Permanent Representative to the United Nations in New York in December 2020. Barbara served as Her Majesty’s Ambassador to China from 2015 to 2020. She joined the Foreign and Commonwealth Office (FCO) in 1994, and has worked in China, Russia, the EU and at the UN.

We shall make the UK more secure and prosperous by making the UN more effective and efficient at delivering peace, sustainable development, human rights, justice and humanitarian assistance.

The United Kingdom Mission to the United Nations in New York covers a wide range of the Foreign and Commonwealth Office’s objectives from the peaceful settlements of disputes to protecting the environment, from respect for human rights to promoting sustainable development.

The UK Mission, with support from other Government departments, represents the UK in every negotiation that takes place in New York, ensuring that Britain’s interests and views are taken into account by UN bodies and the other member states. The UK, as one of the 5 Permanent Members of the Security Council, plays a key role in all aspects of the Council’s work, providing information from the UK’s diplomatic network, negotiating, and lobbying for appropriate actions and resolutions. The Ambassador and her team engage in a constant round of meetings, promoting British interests and persuading others to accept the UK’s views.

The UK Mission also works to improve the way the UN works. It plays an important part in efforts to reform the Security Council, improve the UN’s finances and strengthen the UN’s capacity to deal with economic and social issues, peacekeeping and conflict prevention. The UK has been at the forefront of efforts to develop practical proposals for reform. The UK Mission works with the UN Secretary-General to promote reforms and ensure that the UN is a leaner, more effective organisation – one that will meet the challenges of the twenty-first century.