The First Sea Lord and Chief of Naval Staff 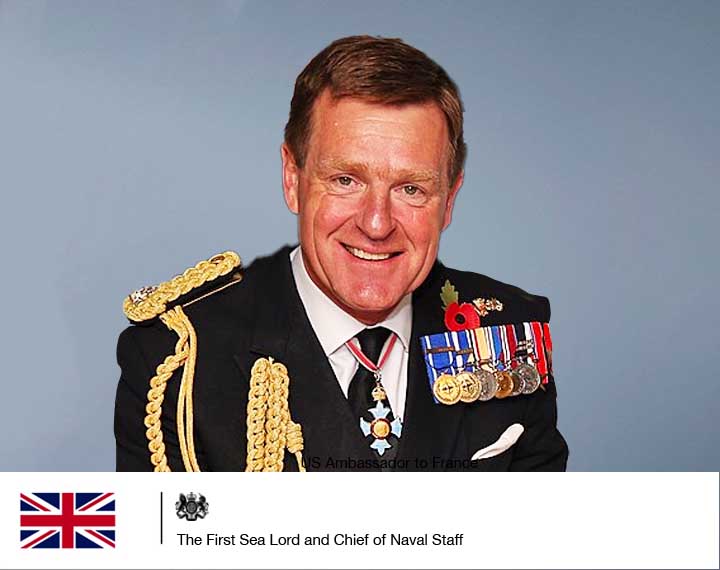 The First Sea Lord and Chief of Naval Staff is the professional head of the entire Royal Navy. As the Chairman of the Navy Board, he is responsible to the Secretary of State for the fighting effectiveness, efficiency and morale of the Naval Service, and for supporting the management and direction of the Armed Forces.

The First Sea Lord is also a member of the Defence Council and of the Chiefs of Staff Committee. He supports the Secretary of State in the management and direction of the Armed Forces, and advises on maritime strategy and policy.

Educated at Bromsgrove School, Ben Key joined the Royal Navy in 1984 as a University Cadet, subsequently graduating in Physics from Royal Holloway, University of London. He qualified as both helicopter aircrew and as a Principal Warfare Officer and as a junior officer saw service around the world in a variety of frigates and destroyers. He has been privileged to command four ships: the mine hunter HMS SANDOWN, the frigates HMS IRON DUKE and HMS LANCASTER, and the aircraft carrier HMS ILLUSTRIOUS. Shore appointments have included Resources and Plans in MOD, an advisor to the Iraqi Director Joint Staff in Baghdad, the UK’s Permanent Joint HQ, and HQ Air Command. He has also served as Principal Staff Officer to the Chief of Defence Staff. From April 2013 to July 2015 he was Flag Officer Sea Training, responsible for recruiting as well as individual and operational training across the Royal Navy. Promoted to Vice Admiral in February 2016, he was the Royal Navy’s Fleet Commander from then until March 2019. He then served as the Chief of Joint Operations, prior to his appointment as First Sea Lord in November 2021. He was awarded the US Bronze Star in 2006 for his service in Baghdad, appointed CBE in 2016 and KCB in 2021. Ben and his wife Elly have 3 children and make their home in Dorset. He is a governor of a school founded by his grandmother, and holds Honorary Degrees from his old university and the University of Plymouth. A Freeman of the City of London and a Younger Brother of Trinity House, he holds a Diploma from the Institute of Directors and is an alumnus of the London Business School. Now much better at talking about sport than actually playing any, he is President of a number of Royal Navy and UK Armed Forces sports.