An indoor arena famous for its suspension roof design 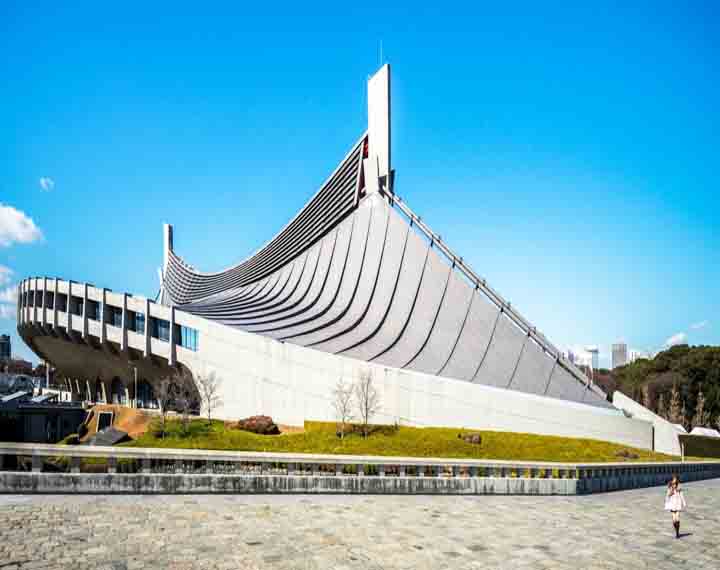 Yoyogi National Gymnasium, officially Yoyogi National Stadium is an indoor arena located at Yoyogi Park in Shibuya, Tokyo, Japan, which is famous for its suspension roof design. It was designed by Kenzo Tange and built between 1961 and 1964 to house swimming and diving events in the 1964 Summer Olympics