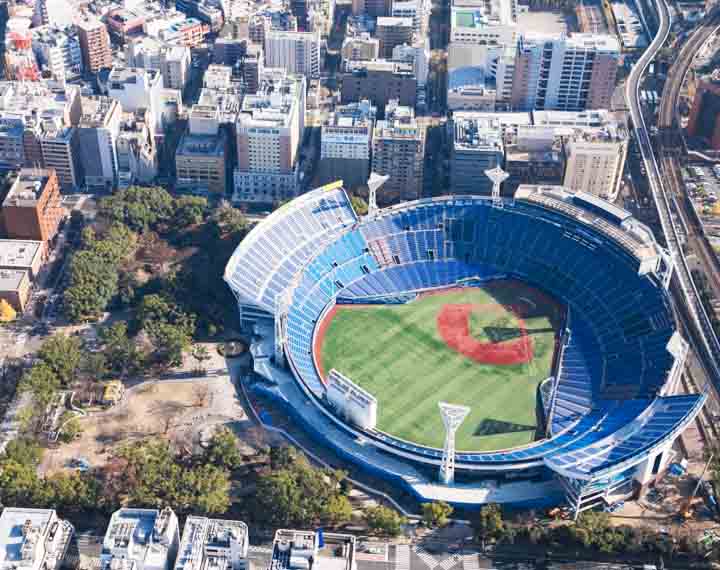 Yokohama Stadium is a baseball stadium in Naka-ku, Yokohama, Japan. It opened in 1978 and has a capacity of 34,046 people. It is primarily used for baseball and is the home field of the Yokohama DeNA BayStars. The stadium features dirt around the bases and pitcher’s mound, but with dirt colored turf infield and base paths.