Monument to Vietnam War service, featuring a wall with over 58,000 names of dead & missing soldiers. 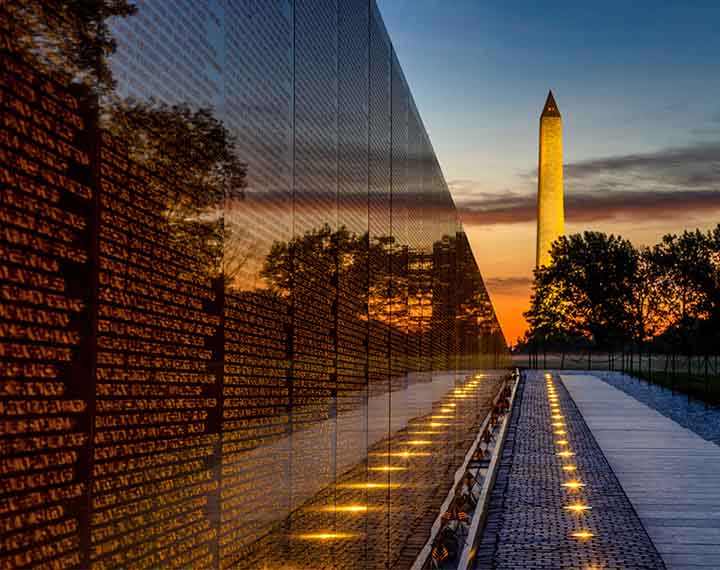 Its construction and related issues have been the source of controversies, some of which have resulted in additions to the memorial complex. The memorial currently consists of three separate parts: the Vietnam Veterans Memorial Wall, completed first and the best-known part of the memorial; the Three Servicemen Memorial, and the Vietnam Women’s Memorial.

The main part of the memorial, which was completed in 1982, is in Constitution Gardens adjacent to the National Mall, just northeast of the Lincoln Memorial. The memorial is maintained by the U.S. National Park Service, and receives around 3 million visitors each year. The Memorial Wall was designed by American architect Maya Lin. In 2007, it was ranked tenth on the “List of America’s Favorite Architecture” by the American Institute of Architects. As a National Memorial, it is listed on the National Register of Historic Places.