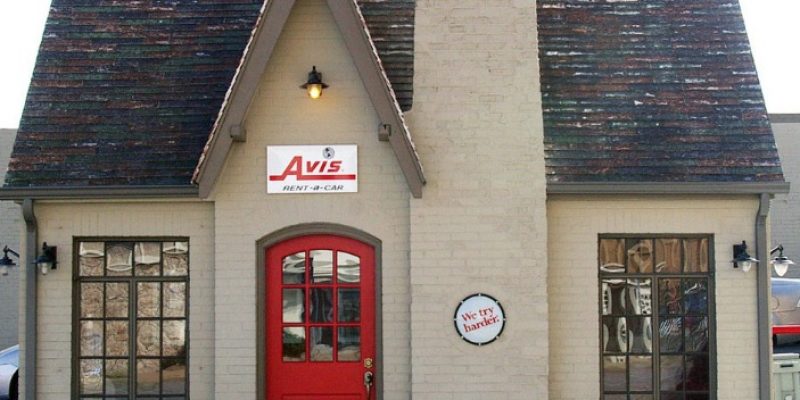 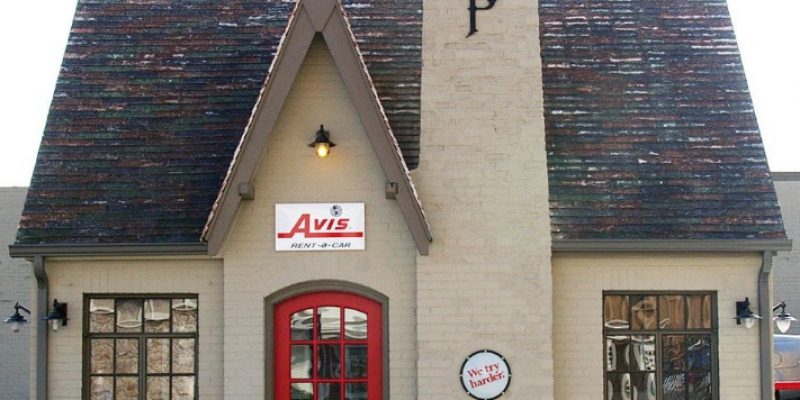 Vickery Phillips 66 Station, Tulsa, Built in 1931 in a Cotswold Cottage design, used throughout the country in an effort to make its stations look both attractive and uniform in appearance

Vickery Phillips 66 Station, Tulsa, Oklahoma, USA. In the 1920s, Tulsa was without exaggeration the oil capital of the world, which caused its downtown to experience major growth. In 1926, with the designation of Second Street as U.S. Route 66, businesses that catered to the traveling public, such as gas stations, diners, and tourist camps, replaced private residences. In the fall of 1930, Phillips Petroleum Company purchased a property near downtown Tulsa at the corner of Sixth and Elgin Streets and replaced a two-story home with a gas station in 1931.

The Phillips Petroleum Company constructed its station in the Cotswold Cottage design, which the company used throughout the country in an effort to make its stations look both attractive and uniform in appearance. Each station had a central chimney and was painted a distinctive dark green with orange and blue trim. The cottage style conveyed an image of domestic tranquility and romanticism, an attempt to blend into residential neighborhoods, and unmistakably communicated a corporate image with its consistency of design and colors. The Phillips 66 cottage style immediately became recognizable to travelers along the nation’s highways.

The Vickery Station, its name today, consists of two separate buildings, one for the office and one for the service bays. Both are of brick with steeply pitched shingled roofs. A graceful arch made of soldier-coursed bricks marks the entrance to the station office, and the tapered chimney has a circular inset designed for a backlit Phillips 66 medallion.

Phillips operated the station for seven years and then leased it to individuals. This was a common practice in the industry, whereby the oil company retained its rights of ownership–including the requirement that the leased station sell only that company’s products–but reduced its managerial and personnel burdens. The disadvantages of such an arrangement to the individual operator soon became evident, and over the following five years, the lease changed hands twice. By 1943, it became the Victory V W Phillips 66. The name of the station represented an interesting ploy to attract customers in the spirit of winning World War II at the same time that it hinted at the name of the new lessee: V.W. Vickery. Mr. Vickery lived in a small apartment less than a block away, indicating the mom-and-pop status of the station, even though a large corporation actually owned it. After the war ended, the name of the station changed in 1946 from the Victory Station to the Vickery Phillips 66 Station.

The station was listed in the National Register of Historic Places in 2004. Between 2006 and 2008, a new owner restored the station utilizing Cost-Share Grant assistance from the National Park Service Route 66 Corridor Preservation Program as well as Federal tax credits for historic preservation. This initiative resulted in the restoration of the vacant buildings on the property into a rental car facility serving downtown Tulsa.

The Vickery Phillips 66 Station is located at 602 S. Elgin Ave. on the southwest corner of 6th and Elgin Sts. facing north toward 6th St. in Tulsa, OK. Visitors are welcome at the station, which now operates as an Avis Rental Car field office. For information call 918-582-2534.