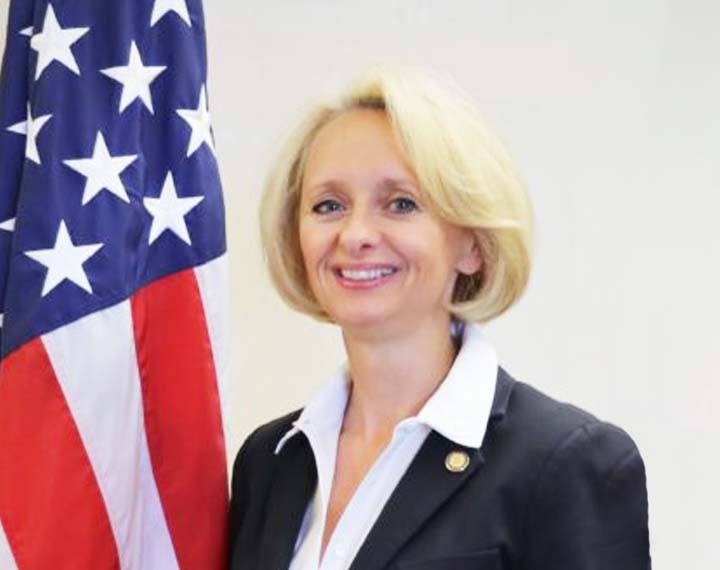 Martina Strong is honored to lead the U.S. Mission to the Kingdom of Saudi Arabia as Chargé d’Affaires. She is joined in Riyadh by her husband, U.S. Army Col. John L. Strong (Ret.) and their daughter Eleanore.

A career member of the Senior Foreign Service, Ms. Strong previously served in Iraq as Political Minister Counselor in Baghdad and as the U.S. Army’s Political Advisor in Basrah. Prior to her arrival in Riyadh, she was the Deputy Chief of Mission in Bulgaria. Her other overseas postings included Poland, the Czech Republic, Bosnia Herzegovina, and France. Ms. Strong also spent two years as Director on the National Security Council at the White House, where she headed the U.S. government’s multi-agency effort to organize the 2004 G-8 Summit in Sea Island, as well as two other G-8 Summits and various multilateral meetings.

The Department of State has recognized Ms. Strong’s achievements with numerous awards, including the AFSA Sinclaire Language Award and eleven Superior Honor and Senior Performance Awards. During her service in Iraq, the U.S. Army awarded her the Meritorious Civilian Service Award and the Superior Civilian Service Award. In Bulgaria, the Defense Minister honored Ms. Strong with the Meritorious Service Medal for her contributions to the U.S.-Bulgarian security partnership.