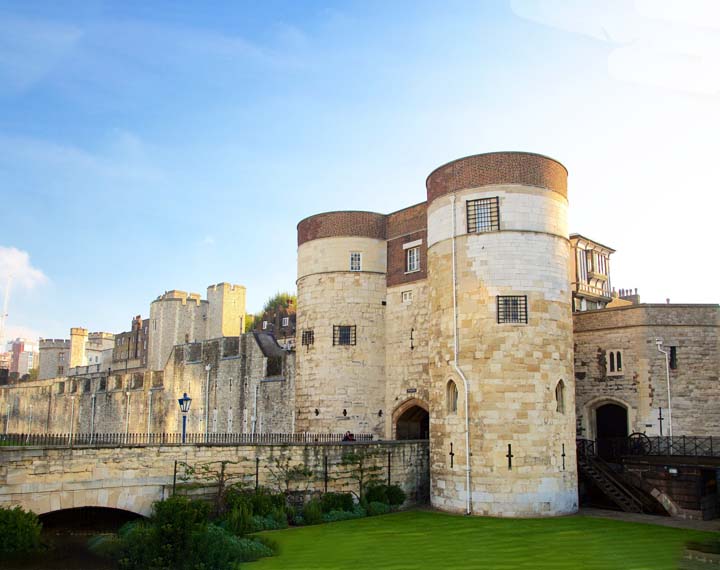 The name Tower Hill is infamously associated as the place where public executions of high status prisoners were carried out from the late 14th to the mid 18th century. The site of these executions on the higher ground north-west of the Tower of London moat is now occupied by Trinity Square Gardens

From a storied castle, ancient churches and historical marketplace to contemporary skyscrapers, this district is a showcase of both old and new London. Visit Tower Hill, an exciting riverside neighborhood set at the edge of the City of London financial district. Tour centuries-old landmarks that celebrate the city’s long and remarkable history. Marvel at modern architectural wonders and enjoy magnificent city views. Shop at markets and a revamped marina home to fashion outlets, quirky boutiques and stylish restaurants.

The imposing Tower of London shelters 1,000 years of history and is arguably Britain’s finest medieval castle. See the monarch’s Crown Jewels, admire William the Conqueror’s White Tower and meet the Beefeaters that guard the fortress. Peruse museum exhibits and learn about the castle’s notorious murders and prisoners. Splendid views of the River Thames and London skyline await at iconic Tower Bridge.

Continue the history trail at London’s oldest church, All Hallows by the Tower. St. Mary-At-Hill is Christopher Wren-designed church and venue for music recitals. Admire the views from the Monument to the Great Fire of London, another Wren-designed landmark and the world’s tallest freestanding stone column. See ruins from the Roman settlement of Londinium at Billingsgate Roman House and Baths.

Modern architectural masterpieces blend seamlessly with the area’s historical sights. Gaze up at the innovative spiral-shaped skyscraper affectionally known as The Gherkin. Another iconic tower is Uruguayan architect Rafael Viñoly’s The Walkie Talkie. Take the elevator to the rooftop Sky Garden for unbeatable panoramas, spectacular sunsets and fine dining.

Visit Leadenhall Market to peruse the stalls of cheese, flower and meat traders and dine on international cuisine. This 600-year-old marketplace was a filming location for Harry Potter and the Philospher’s Stone. Everything from traditional British to French, Italian and Spanish food is on offer at St. Katharine Docks. Shop at the outlets of luxury brands, such as Gucci and Tiffany, at The Royal Exchange.

Tower Hill is in the westernmost corner of the London Borough of Tower Hamlets. Travel here by train to London Fenchurch Street station and the underground to either the Aldgate and Tower Hill stations.