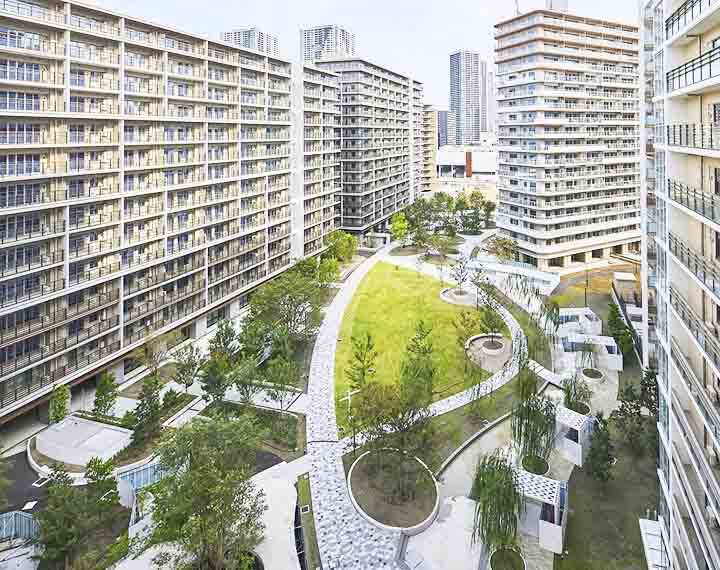 Village Plaza was unveiled to the media on 29 January, the gateway to the Athletes’ Village of the 2020 Tokyo Olympic Games. Village Plaza will offer a wide range of services to athletes, team officials, guests and the media during the Olympic and Paralympic Games. While the Tokyo Olympics don’t feature centrally-located venues in “clusters,” like recent Summer Games, most are still consolidated in Tokyo. In all, 28 are located within five miles of the Olympic Village.

Just 11 new venues were constructed for the Tokyo Games, including the 15,000-seat Tokyo Aquatics Center, home of the swimming events; the 12,000-seat Ariake Arena, which will host volleyball matches; and the 15,000-seat Oi Hockey Stadium, site of the field hockey tournament.