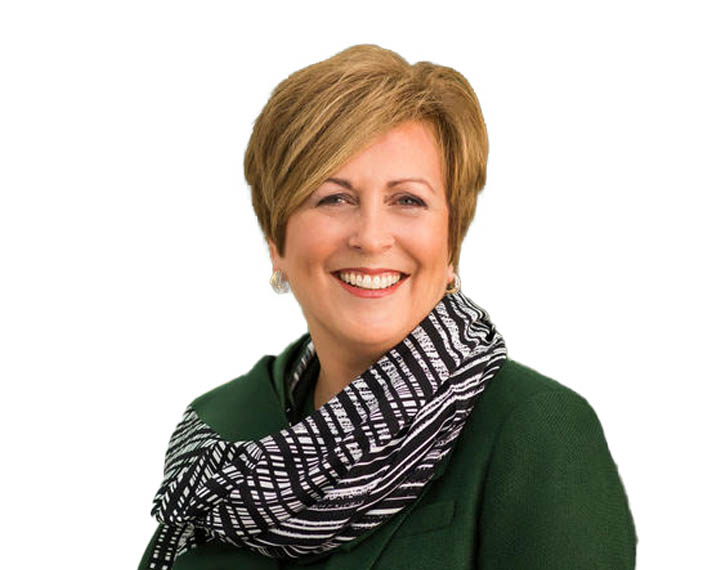 In an age marked by social and technological change, Deborah Rutter has emerged as one of the nation’s most adroit leaders in the arts, combining artistic daring with fiscal sustainability, inclusivity, and responsiveness to the needs of the community. Ms. Rutter began as President of the John F. Kennedy Center for the Performing Arts on September 1, 2014, and serves as curator of the Kennedy presidential memorial, and artistic and administrative director to the world’s busiest performing arts center.

Established as a “living memorial” by act of Congress in 1964, the Kennedy Center honors the 35th president, advancing his vision of excellence and diversity in the arts. In an ever expanding celebration of this legacy, the Center presents theater, contemporary dance, ballet, vocal music, chamber music, Hip Hop, comedy, international arts, and jazz, alongside dynamic seasons with the Kennedy Center’s world-class affiliates: the National Symphony Orchestra and Washington National Opera. As the work of a living memorial is never finished, Rutter is advancing the Center’s commitment to 21stcentury programming.

In her first year at the Kennedy Center, Rutter broke ground on a transformative arts facility, the REACH, which provides flexible indoor and outdoor performance space to nurture new art, community, innovation, arts education, and informal encounters between the artist and the public. Designed by renowned architect Steven Holl, the REACH graces the southern end of the campus and connects the Kennedy Center to the popular pedestrian and bicycle trail along the Potomac River.

Today, Ms. Rutter is reshaping Kennedy Center offerings to include more artist-led programming while challenging people across the industry to reimagine creative expression through the lens of cross-disciplinary collaborations. In 2018, she launched the cutting-edge festival of contemporary culture, DIRECT CURRENT, an annual series spotlighting new and interdisciplinary art. An adept team builder, Rutter is drawing some of the world’s most visionary, and most iconic artists to the Kennedy Center creative team, including cellist YoYo Ma, soprano Renée Fleming, singer-songwriter Ben Folds, and DJ and composer Mason Bates; as well as the Center’s first Artistic Director of Hip Hop Culture, Q-Tip. Rutter scored a “coup for the NSO,” according to The Washington Post’s Anne Midgette, by landing the prominent Italian conductor Gianandrea Noseda as the National Symphony’s seventh Music Director.

Working at the vanguard of community engagement, Ms. Rutter manages one of the nation’s most extensive arts education networks, reaching millions of people of all ages across all 50 states with live performances, as well as providing multidisciplinary arts training and support to schools, students, children at risk, teachers, artists, and civic leaders. Rutter also administers VSA, an international organization providing arts enrichment programs to people with disabilities. In 2018, she forged a partnership with The Second City to co-produce new shows for the Kennedy Center and national stage, and to develop a comedy-centered education program for young people and adults.

Committed to art as “an agent for positive change” at the community level, Rutter established the Citizen Artist Fellowship at the Kennedy Center to provide training and support to emerging artists who have distinguished themselves in community activism. A lifelong champion of orchestral music, Rutter forged a partnership with Washington Performing Arts to stage the SHIFT Festival of American Orchestras, a multiyear showcase of ensembles from diverse communities working at the forefront of community engagement.

In the area of arts advocacy, Rutter worked with Artistic Advisor at Large Renée Fleming, to create a partnership with the National Institutes of Health to study treatments and health benefits associated with writing, performing, and listening to music. As a member of the American Academy of Arts and Sciences, Rutter serves as co-chair of the multiyear Commission on the Arts.

From August 2003 through June 2014, Ms. Rutter was President of the Chicago Symphony Orchestra Association, leading the internationally renowned Chicago Symphony Orchestra (CSO), the Institute for Learning, Access and Training (now the Negaunee Music Institute), the Civic Orchestra of Chicago for young professional musicians, the Chicago Symphony Chorus, and the eclectic concert series Symphony Center Presents. During her time with the CSO, she restored the orchestra to financial health, ushering in an era of record-breaking fundraising and ticket sales while purposefully engaging Chicago’s diverse communities to refashion the orchestra as a broad-reaching civic and cultural institution. In 2008, Rutter scored a triumph in the orchestra world by signing the highly sought-after conductor Riccardo Muti as the orchestra’s 10th Music Director, succeeding Daniel Barenboim who stepped down in 2006. Prior to Muti’s appointment, she turned what was an interregnum into an artistic highpoint through robust programming led by Bernard Haitink and Pierre Boulez. In 2010, Rutter engaged Yo-Yo Ma as a creative consultant to foster community engagement and establish Citizen Musician, an artist-led community service program.

Prior to joining the Chicago Symphony Orchestra, Rutter was Executive Director of the Seattle Symphony from 1992 until 2003 where she eliminated the orchestra’s deficit, tripled its annual budget, and grew the orchestra’s endowment by six-fold. During her tenure in Seattle, she oversaw the construction of Benaroya Hall, with two concert venues and the Soundbridge educational facility. Under her leadership, programming grew exponentially, including citywide musical festivals, and a wide range of community engagement activities. From 1986 to 1992, she served as executive director of the Los Angeles Chamber Orchestra, and prior to that was the orchestra manager of the Los Angeles Philharmonic.

Deborah Rutter is a graduate of Stanford University and holds an M.B.A. from the University of Southern California. She was born in Pennsylvania and grew up in the Los Angeles area. She studied piano and violin from an early age, and played in orchestras throughout her student days.

The John F. Kennedy Center for the Performing Arts

The Kennedy Center, located on the banks of the Potomac River near the Lincoln Memorial in Washington, D.C., opened to the public in September 1971. But its roots date back to 1958, when President Dwight D. Eisenhower signed bipartisan legislation creating a National Cultural Center. To honor Eisenhower’s vision for such a facility, one of the Kennedy Center’s theaters is named for him.

The National Cultural Center Act included four basic components: it authorized the Center’s construction, spelled out an artistic mandate to present a wide variety of both classical and contemporary performances, specified an educational mission for the Center, and stated that the Center was to be an independent facility, self-sustaining, and privately funded. As a result of this last stipulation, a mammoth fundraising campaign began immediately following the Act’s passage into law.

President John F. Kennedy was a lifelong supporter and advocate of the arts, and frequently steered the public discourse toward what he called “our contribution to the human spirit.” Kennedy took the lead in raising funds for the new National Cultural Center, holding special White House luncheons and receptions, appointing his wife Jacqueline and Mrs. Eisenhower as honorary co-chairwomen, and in other ways placing the prestige of his office firmly behind the endeavor.