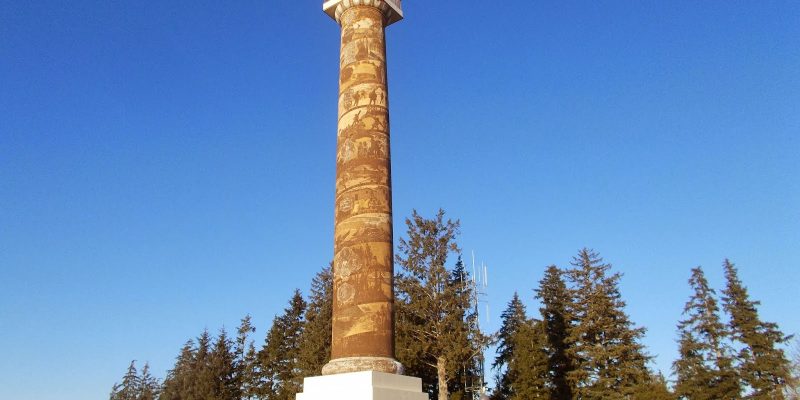 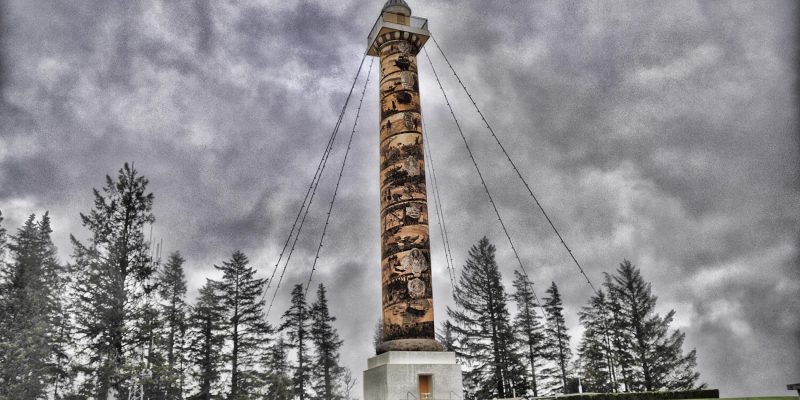 That’s how the Astoria Budget captured Electus Litchfield’s reaction when he visited the proposed monument site in 1925. It is his architectural brilliance that would help raise a 125-foot column from the ground at that location the following year.

That’s how the Astoria Budget captured Electus Litchfield’s reaction when he visited the proposed monument site in 1925. It is his architectural brilliance that would help raise a 125-foot column from the ground at that location the following year.

Standing above the city–600 feet above sea level to be exact–the Astoria Column unleashes an unrivaled view of Young’s Bay, the Coast Range, the mighty Columbia River, and in the distance—the Pacific Ocean. Its light shines each night as a silent testament to the pride, fortitude, and resolve of the people who settled the Pacific Northwest, and to those who live here today.

While the city of Astoria is home to approximately 10,000 people, it’s estimated that 400,000 more visit the Astoria Column each year. The Column is among the most visited parks in the state of Oregon, and is one of the city’s greatest attractions.

Modeled after the Trajan Column in Rome, the Astoria Column features a hand-painted spiral frieze that would stretch more than 500 feet if unwound. The monument was dedicated in 1926, and has since undergone several restorations.