Secretary of State for Health and Social Care 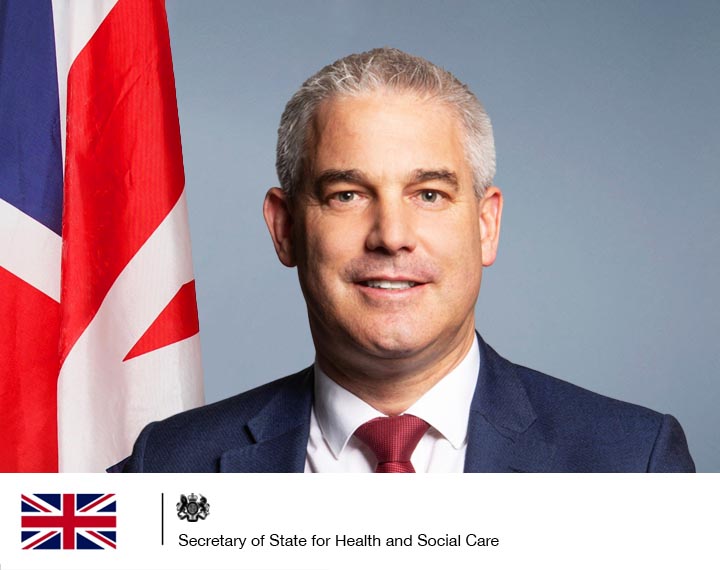 “It is an honour to take up the position of Health and Social Care Secretary. Our NHS and social care staff have showed us time and again – throughout the pandemic and beyond – what it means to work with compassion and dedication to transform lives. This government is investing more than ever before in our NHS and care services to beat the COVID-19 backlogs, recruit 50,000 more nurses, reform social care and ensure patients across the country can access the care they need”

Steve was educated at King Edward VII School in Lytham St. Annes Lancashire before reading history at Peterhouse, Cambridge. He later studied law at the College of Law, Chester.

Secretary of Health and Social Care

Steve Barclay was appointed Secretary of State for Health and Social Care on 5 July 2022. He was previously appointed Chancellor of the Duchy of Lancaster and Minister for the Cabinet Office on 15 September 2021. He was previously Chief Secretary to the Treasury from 13 February 2020 to 15 September 2021 and Secretary of State for Exiting the European Union from 16 November 2018 to 31 January 2020 and Minister of State for the Department of Health and Social Care from January to November 2018. Steve was also Economic Secretary to the Treasury from June 2017 to January 2018. He served as a Government Whip (Lord Commissioner of HM Treasury) from July 2016 to June 2017. He was elected Conservative MP for North East Cambridgeshire in May 2010.