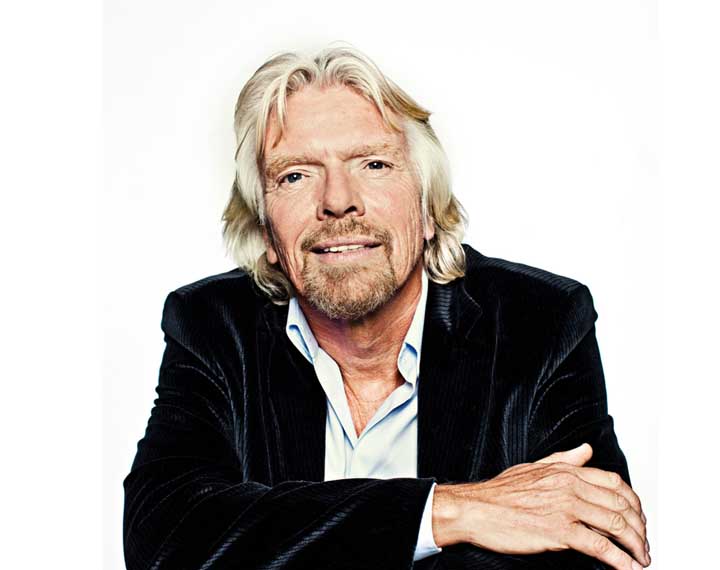 Sir Richard Charles Nicholas Branson is an English business magnate, investor, and author. In the 1970s he founded the Virgin Group, which today controls more than 400 companies in various fields. Branson expressed his desire to become an entrepreneur at a young age.

In 2004 we founded the non-profit foundation Virgin Unite to unite people and entrepreneurial ideas to create opportunities for a better world. Since then, together with some great partners, we have inspired and incubated a number of wonderful collaborations – like The Elders, Ocean Unite, Carbon War Room (now merged with RMI), The B Team, Caribbean Climate Smart Accelerator, Unite BVI, 100% Human at Work and The Branson Centre for Entrepreneurship – which have spurred much needed change in the world.

I now spend the majority of my time working with Virgin Unite to make a positive difference in the world. From supporting projects that I’m passionate about, such as being an advocate for LGBTQ+ rights, drug policy reform and giving ex-offenders a second chance to using my voice and that of the Virgin Group to shine a spotlight on issues that I believe are unacceptable, such as climate change and the death penalty.

I am incredibly proud of what Virgin Unite has achieved and thank you for your continued support of Virgin Unite. I truly believe that working together we can turn challenges into opportunities, allowing us to always push boundaries to make business and the world better. As with all donations to Virgin Unite, your financial support goes a long way. Virgin Unite’s overheads are covered by myself and the Virgin Group, meaning that 100% of all donations received go directly to initiatives we create or support.

Josh Bayliss has been CEO of Virgin Group since 2011. He has led the development of the Group’s strategy, with significant emphasis on the Virgin brand. Under Josh’s leadership, the Group has started and grown new businesses in a range of consumer industries. It has also diversified its investment portfolio into unbranded venture capital, real estate and a range of ESG investments.