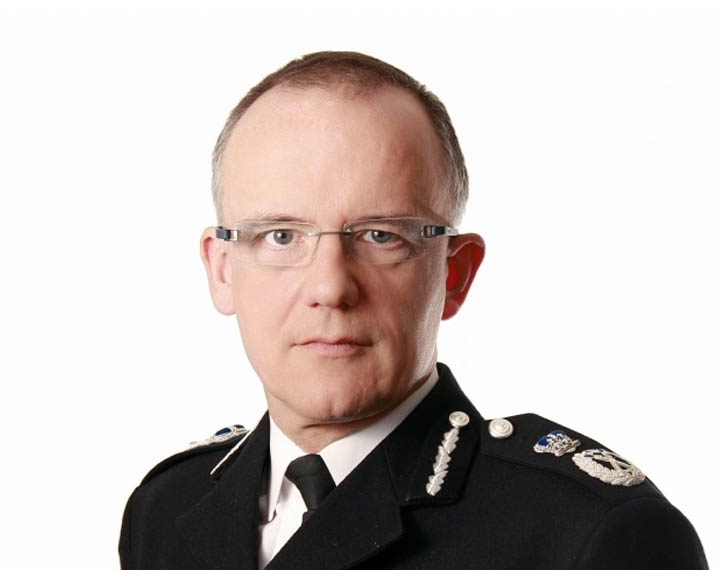 Sir Mark Peter Rowley QPM was Chief Constable of Surrey Police for four years (2008 to 2011) before joining the Metropolitan Police Service in 2011. Sir Mark was a former Assistant Commissioner for Specialist Crime and Operations of the Metropolitan Police Service (2011 to 2014), and then National Police Chiefs’ Council Lead for Counter-Terrorism (2014 to 2018). He was knighted in 2018 for his exceptional contribution to national security and national leadership at a time of unprecedented threat.

Sir Mark Rowley’s career in policing spans over 30 years, during which time he has transformed national security and policing. As Chief Constable, he lifted the public confidence levels in Surrey to the highest in the country. After joining the Metropolitan Police Service, Sir Mark transformed the approach to UK counter-terrorism and policing gangs, increasing community engagement and workforce diversity, leading the police response to the London terror attacks of 2017 and reducing shootings and murders in London to an all-time low. He also led reform in policing of public order, organised crime and fraud, launching the 200-strong Op Falcon team to combat the growth of online fraud and cybercrime.

Since leaving policing in 2018 he has worked in specialist security projects and on technology/data-led transformation with ‘start-ups’ and the world’s largest professional services company. He has focused on: countering extremism and racism, online safety, institutional integrity, and illicit finance.

The Home Secretary Priti Patel on the (8 July 2022) announced the appointment of Sir Mark Rowley as the new Commissioner of the Metropolitan Police Service. Sir Mark was formally appointed by Her Majesty the Queen following a recommendation from the Home Secretary, after a highly competitive recruitment process. Representations from the Mayor of London were considered by the Home Secretary as part of this recommendation. At a time when the government is investing record sums into policing, including supporting the recruitment of 20,000 additional police officers across England and Wales, the new Commissioner will need to focus on getting the basics right, restoring confidence in policing, delivering on the Beating Crime Plan and making our capital’s streets safer.

Sir Mark Rowley is a distinguished and exceptionally experienced police officer, having served the people of the West Midlands and Surrey before guiding the capital through some of its most challenging moments in the wake of the 2017 terror attacks, as the Met’s then head of counter-terrorism.

He now takes on one of the most important and demanding jobs in policing, leading the country’s largest force at a time when public trust in the Metropolitan Police has been severely undermined by a number of significant failings. Rebuilding public trust and delivering on crime reduction must be his priority.

This will be a challenging period, but with a focus on tackling neighbourhood crime and delivering the basics of policing, Sir Mark is committed to tackling the significant challenges confronting the force and to making London’s streets safer by driving down crime and bringing more criminals to justice.

As the largest police force in the country, we have supported the Met to recruit 2,599 extra police officers and increased their annual policing budget to £3.24 billion in 2022 to 2023. I look forward to working closely with Sir Mark to ensure this investment drives essential change to ensure the force delivers for the people of London.

I feel deeply honoured to be appointed to be the next Metropolitan Police Commissioner. Our mission is to lead the renewal of policing by consent which has been so heavily dented in recent years as trust and confidence have fallen. I am grateful that the Home Secretary and Mayor are both determined to support the urgent reforms we need to deliver successful community crimefighting in today’s fast-moving world. These reforms include our use of technology and data, our culture and our policing approach. We will fight crime with communities – not unilaterally dispense tactics. I also know that the majority of officers and staff retain an extraordinary sense of vocation and determination and want us to do better. It is my job to help them do that, whilst also being ruthless in removing those who are corrupting our integrity. We will deliver more trust, less crime and high standards for London and beyond and we will work with London’s diverse communities as we together renew the uniquely British invention of ‘policing by consent’.

The Home Secretary and I have agreed that Sir Mark Rowley is the best person to lead the Metropolitan Police as the new Commissioner at this extremely challenging time. A series of appalling scandals have not only exposed deep cultural problems within the Met but have contributed to a crisis of confidence in London’s police service.  Sir Mark has made clear to me that he is determined to be a reforming Commissioner, committed to implementing a robust plan to rebuild trust and confidence in the police and to drive through the urgent reforms and step change in culture and performance Londoners deserve.  As Mayor, I will support and hold him to these promises as I continue to hold the Met to account.

Sir Mark has demonstrated to me that he is the outstanding candidate for this role. He brings a wealth of great experience to the position, including exceptional leadership during the 2017 terror attacks and a genuine commitment to increasing engagement with diverse communities across our city. The experience he has gained outside policing over the last 4 years will also bring a valuable new perspective to the Met. Above all, he is committed to policing by consent and shares my ambition to get to a place where all Londoners feel protected and served, and where we have a police force that everyone – including the many brave and dedicated officers in our city – can be proud of.

I look forward to supporting Sir Mark Rowley and working closely with the Home Secretary as we work to restore trust and confidence in the police, ensure that the Met gets the basics of policing right, and build on the significant success we have made in driving down violence and crime in our city.

The Metropolitan Police Service is the territorial police force responsible for Greater London, excluding the “square mile” of the City of London which is the responsibility of the City of London Police. Police service for the Greater London area, (excluding City of London) and its 8.6 million residents. With more than 43,000 officers and staff, the Met is the UK’s largest police service and has 25% of the total police budget for England and Wales. As such, it requires considered structure and division of disciplines and skills; with the aim of maintaining a finely tuned, cohesive organisation. The capital is changing and we must change with it. We want to be a Met that looks and feels like London. And we want all of our communities to value our work and the difference it makes.

Our mission and vision – what we want to achieve

Our mission is to keep London safe for everyone. To do so we will:

In support of this mission, we want to lead 21st century policing and:

Ultimately, our vision for the Met is to be the most trusted police service in the world. We contribute to making London the safest global city, we protect its unique reputation as an open and welcoming city, and we want Londoners to be proud of their police.

Scotland Yard is a metonym for the headquarters building of the Metropolitan Police, the territorial police force responsible for policing all 32 boroughs of London, excluding the City of London. The name derives from the location of the original Metropolitan Police headquarters at 4 Whitehall Place, which had a rear entrance on a street called Great Scotland Yard. One symbol and one symbol alone represent the rich heritage and sophistication of British policing. Established in 1829, New Scotland Yard is legendary around the globe for strength, courage, and steely determination. New Scotland Yard is extremely emotive in the minds of the public – conjuring up images of cutting-edge British policing, professionalism, high performance, and precision. The unique qualities that define New Scotland Yard have been brought together to create an exceptional commercial brand. New Scotland Yard is now available under licence in several categories and territories. Please contact us to discuss these exciting opportunities, and how our brand could work for you.

New Scotland Yard: a name recognised throughout the world, yet perceived as quintessentially British. It conjures up thoughts of mystery, excitement; strength, justice, and determination. The name New Scotland Yard is steeped in tradition, it has featured in almost every famous policing story over the past 180 years. In the mid 1990s, police services in England and Wales were given the power to generate income through sponsorship and commercial trading. The MPS took its first steps into the world of licensing with Corgi Cars who produced a range of police vehicles. Since then interest has grown in police-related brands, NYPD being a good example, and crime-based television both fictional and documentary continue to attract large audiences. Market research was undertaken to learn more about the public perception of New Scotland Yard and analysis enabled the brand to be developed. The new brand gave the MPS an excellent opportunity to introduce communities to the police in a more positive way. New Scotland Yard appeals to all age ranges and has the potential to flourish in different markets. Officially launched at the beginning of 2009, the Metropolitan Police already have some excellent licensees on board with some very successful products on the market.

Simon Newbound
Show all timings
Get Directions
Own or work here? Claim Now! Claim Now!
We use cookies on our website to give you the most relevant experience by remembering your preferences and repeat visits. By clicking “Accept”, you consent to the use of ALL the cookies. However you may visit Cookie Settings to provide a controlled consent.
Cookie settingsACCEPT
Manage consent