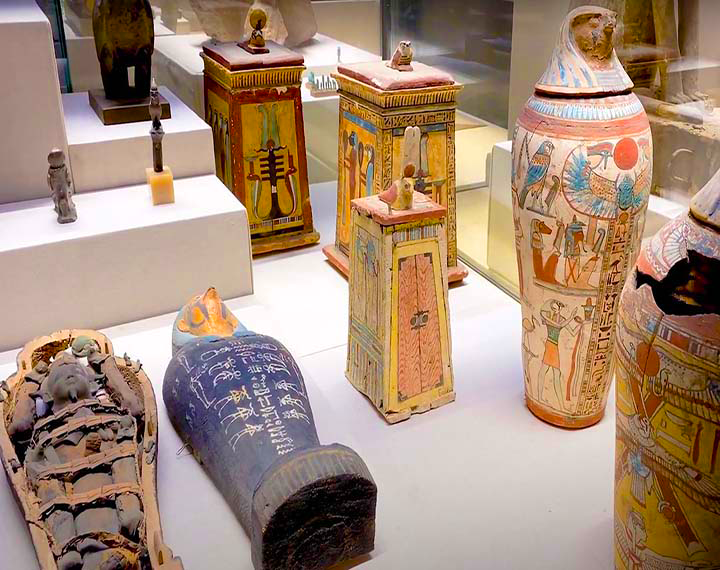 The museum display scenario reflects the different facets of civilization in general and ancient Egyptian civilization in particular by displaying a selection of artifacts carefully selected from museum stores.

The Great Hall of the museum show expresses the man and wildlife of ancient Egypt, his interests in science, sports, industries, crafts, family life, and his love for animals to the degree of reverence, and also displays some stuffed animals.

Among the most important pieces in the Hall of Civilizations are the inner and outer sarcophagus of Eastam Hob the wife of Panjem II, the high priest of Amun and the holder of the title: “Priestess of the idol Isis and the idols of Mein and Horus of Akhmim” as well as her canopy boxes and the papyrus of East M love, a collection of perfume utensils and cosmetics, as well as a head of Queen Hatshepsut and a collection of tanjara statues of women in different clothes and styles, in addition to exhibits of Sinai heritage. The idea of building the museum dates back to 2006 and in 2017 the construction of the museum was completed.