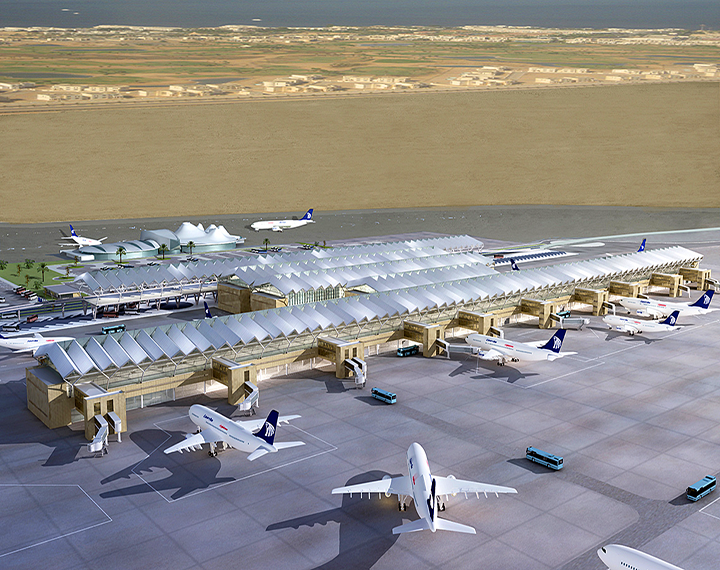 The airport is located in 18 kilometers (11 miles) northeast from the city of Sharm El Sheikh. The airport serves for the major recreation area of Egypt including dozens of hotels along the seaside.

The Sharm El Sheikh airport dispatches regular flights to Cairo, the capital of Egypt, different cities of the Europe and the Middle East. However the main air traffic consists of the season charter flights from the Western and Eastern Europe, Scandinavian and Baltic countries, Russia and CIS countries. The infrastructure of the airport has been constantly improved in order to increase the passenger services quality.

The Sharm El Sheikh airport possesses two passenger terminals – Terminal 2 (the old one) and Terminal 1 (the new terminal). Terminal 1 has been put into action in 2007. Being rather comfortable and up-to-date it serves for the majority of flights. The passenger terminals are equipped with the parking area, public transport stations and taxi ranks.

The third passenger terminal and the second runway deployment is planned in 2012.

Time zone in Sharm El Sheikh GMT + 2 (daylight saving time GMT + 3 from the last Friday in April to the last Thursday in September).