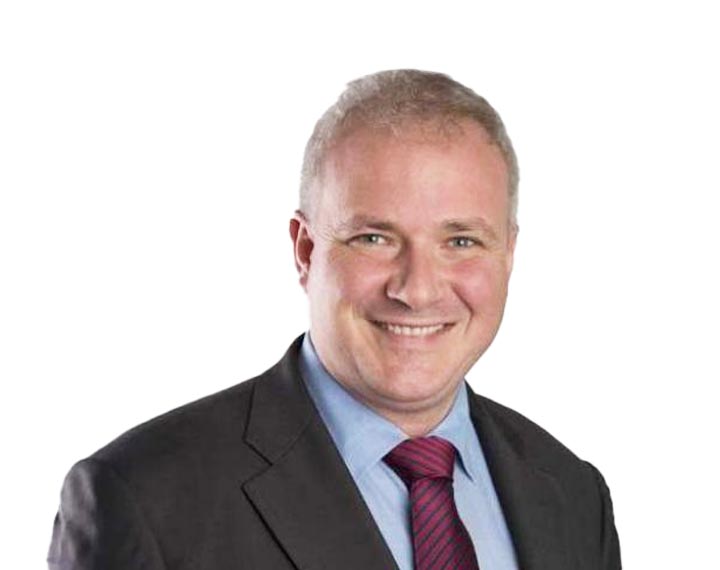 Scott Taunton is EVP, President of Broadcasting, News UK, and is responsible for our  broadcasting businesses, including TalkTV, talkSPORT, Virgin Radio and Times Radio. He is focused on driving connected audiences and new digital revenues from audio, video, CTV and linear platforms.

Scott led the launch of TalkTV in April 2022, as a new voice in news, current affairs and opinion. TalkTV broadcasts across a range of linear and streaming platforms, as well as across social platforms, on the talk.tv website and via the app. TalkTV’s straight-talking schedule includes Piers Morgan, Jeremy Kyle, Tom Newton Dunn, Sharon Osbourne, Mike Graham, Julia Hartley-Brewer and Trisha Goddard.

Scott has led our national radio brands through a period of rapid digital growth characterised by innovation and investment in talent and sports rights. His signing of Chris Evans and Graham Norton to Virgin Radio UK Breakfast Show delivered innovative industry-first ad break-free partnerships with Sky and Waitrose. talkSPORT reaches three million listeners weekly and the latest Premier League rights partnership means the network will deliver must-listen coverage across over 450 live games in the upcoming season.

Scott has had a long career in the media industry across radio, television and digital media. He was general manager of DNA Internet until March 2000, when the company was acquired by Northern Ireland-based broadcaster UTV Media. He became chief executive officer of UTV Radio and was appointed to the board of UTV Media plc following the acquisition of Wireless in 2005 by UTV. Wireless was acquired by News UK in 2016. Scott was awarded a Radio Academy Fellowship in 2014.

Driven by passion, guided by principles and acting with purpose, we exist to promote a fair society, freedom of speech and a little bit of fun. Rethinking continually the business of storytelling, we represent, reflect and reach the nation, telling the stories that matter. We inform our audiences so that they can make decisions based on trusted information. We are committed to treating our colleagues and our audiences with respect, to promoting diversity & inclusion and driving sustainability.