The Secretary of State for Health and Social Care 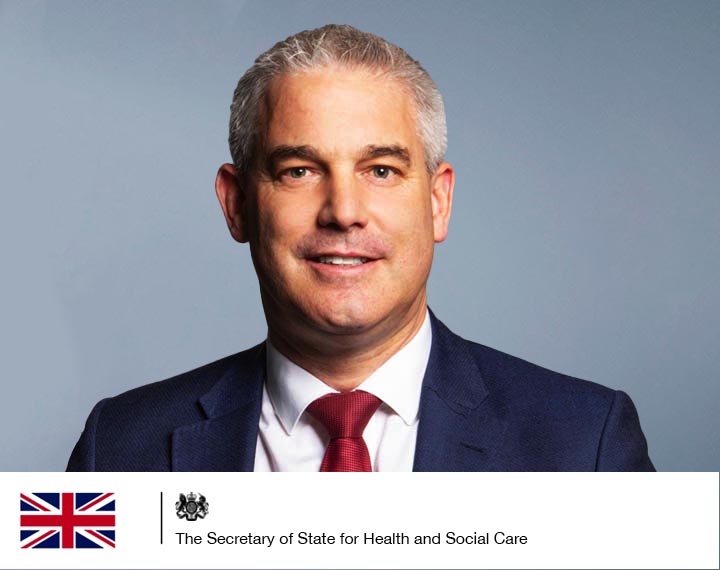 The Secretary of State for Health and Social Care, also referred to as the Health Secretary, is a secretary of state in the Government of the United Kingdom. The holder is responsible for the work of the Department of Health and Social Care. We support ministers in leading the nation’s health and social care to help people live more independent, healthier lives for longer. DHSC is a ministerial department, supported by 23 agencies and public bodies.

Steve Barclay was appointed Secretary of State for Health and Social Care on 25 October 2022.

He was previously Secretary of State for Health and Social Care from 5 July 2022 to 6 September 2022.

He was previously appointed Chancellor of the Duchy of Lancaster and Minister for the Cabinet Office between 15 September 2021 and July 2022.

He served as a Government Whip (Lord Commissioner of HM Treasury) from July 2016 to June 2017. He was elected Conservative MP for North East Cambridgeshire in May 2010.

Steve was educated at King Edward VII School in Lytham St. Annes Lancashire before reading history at Peterhouse, Cambridge. He later studied law at the College of Law, Chester.

From 2010 to 2014 Steve served on the Public Accounts Committee which scrutinises government spending. Steve served as Assistant Government Whip from May 2015 until July 2016.