Lord President of the Council, and Leader of the House of Commons 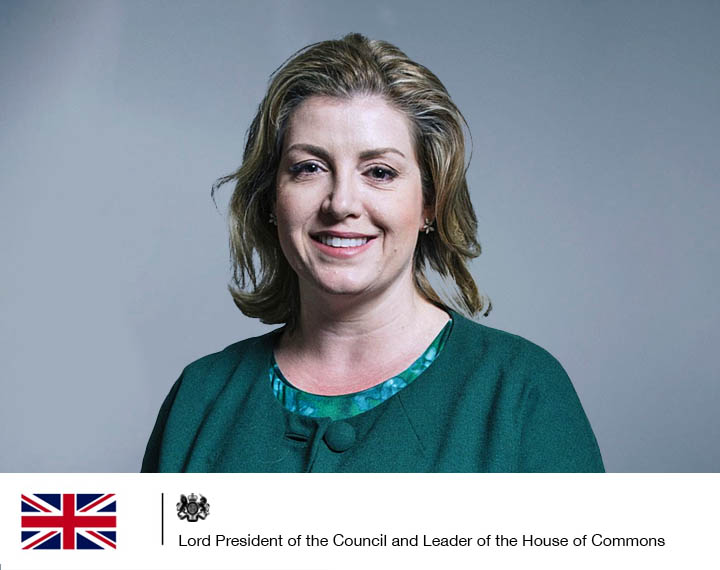 Rt Hon Penny Mordaunt
Lord President of the Council, and Leader of the House of Commons

Penny Mordaunt was appointed Lord President of the Council, and Leader of the House of Commons, on 6 September 2022. Previously she was Minister of State at the Department for International Trade from 16 September 2021 to 6 September 2022. She was the department’s ministerial disability champion. Penny has been a Member of Parliament since 2010.

Her previous positions include:

She is also a former Governor at the World Bank.

The Leader of the House of Commons

Every sitting Thursday, the Leader of the House tells the Commons about the business scheduled for the following week and usually provisional business for the week after.

The Leader chairs one Cabinet Committee, the Parliamentary Business and Legislation Committee.

Deputising for the Prime Minister

The Leader can deputise for the Prime Minister, either at Prime Minister’s Questions or for formal duties. Ordinarily the Deputy Prime Minister or First Secretary of State can fulfil this function.

History of the role

The title does not appear to have become established until about the middle of the nineteenth-century although the institution is much older. The leadership of the House is not a statutory office nor is the Leader formally appointed by the Crown; for these reasons the post has usually been held together with another office; recently this has usually been that of Lord President of the Council.