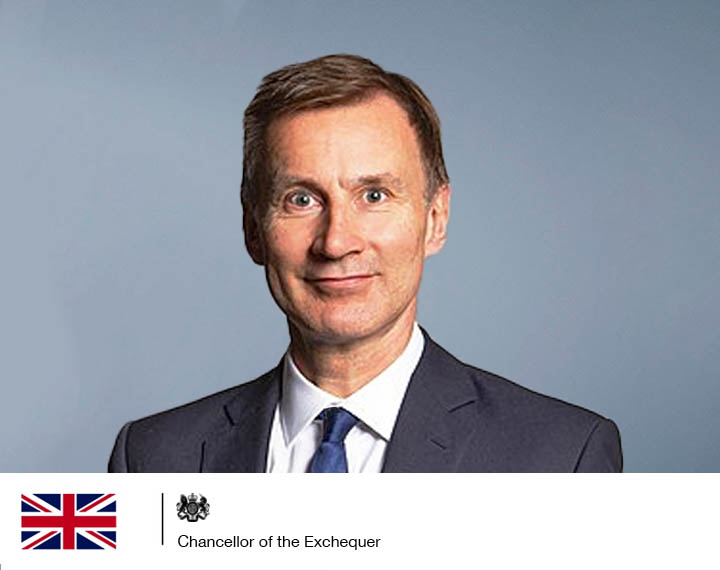 Jeremy Hunt served as Secretary of State for Foreign and Commonwealth Affairs from 9 July 2018 to 24 July 2019. He was elected Conservative MP for South West Surrey in May 2005.

Jeremy was educated at Oxford University.

In May 2010 Jeremy was appointed Secretary of State for Culture, Olympics, Media and Sport. He was formerly Shadow Culture Secretary 2007 to 2010 and Shadow Minister for Disabled People 2005 to 2007.

Before his election as an MP, Jeremy ran his own educational publishing business, Hotcourses. He also set up a charity to help AIDS orphans in Africa in which he continues to play an active role.

Jeremy lives in Godalming and London with his wife, son and 2 daughters.

HM Treasury is the government’s economic and finance ministry, maintaining control over public spending, setting the direction of the UK’s economic policy and working to achieve strong and sustainable economic growth.

The Chancellor of the Exchequer is the government’s chief financial minister and as such is responsible for raising revenue through taxation or borrowing and for controlling public spending. He has overall responsibility for the work of the Treasury.