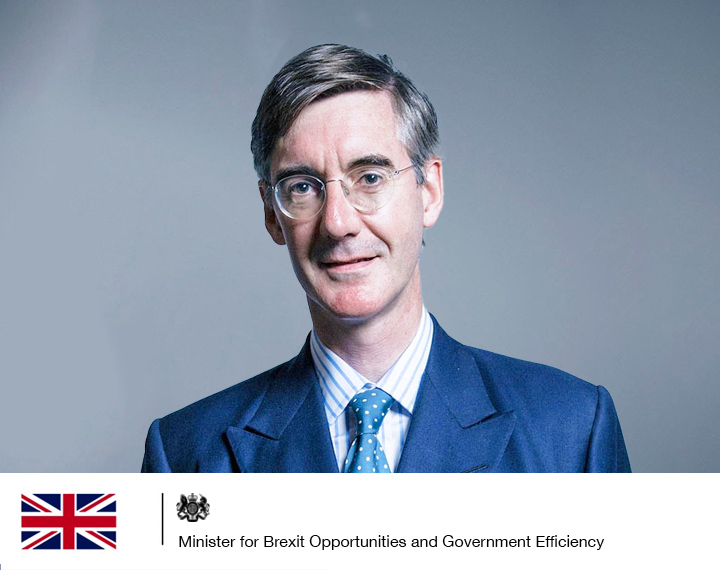 Jacob Rees-Mogg was appointed as a Minister of State (Minister for Brexit Opportunities and Government efficiency) in the Cabinet Office on 8 February 2022. He was previously Lord President of the Council and Leader of the House of Commons from 24 July 2019 to 8 February 2022. Jacob read history at Trinity College Oxford before working in finance, initially in Hong Kong and then in London. In 2007 he helped establish Somerset Capital Management, which specialises in investment management in global emerging markets.

Jacob is married to Helena and they have 6 children: Peter, Mary, Thomas, Anselm, Alfred and Sixtus. He is an avid cricket fan and has supported Somerset County Cricket Club since he was a child.