Spectacular ending of the Trooping The Colour Ceremony 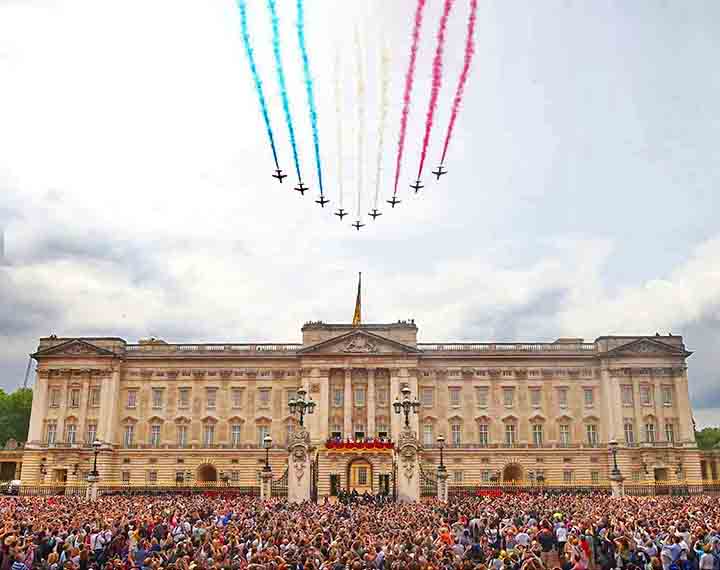 The Trooping of the Colour has marked the official birthday of the British Sovereign for more than 260 years.

This year will mark His Majesty King Charles III’s first Trooping of the Colour as Sovereign. More than 1,400 parading soldiers, 200 horses and 400 musicians are expected to come together in June to put on a display of military precision, horsemanship and fanfare to mark The King’s official birthday.

The parade will move from Buckingham Palace and down The Mall to Horse Guard’s Parade, alongside members of the Royal Family on horseback and in carriages.

An RAF fly-past, watched by members of the Royal Family from the Buckingham Palace balcony will mark the ending of the display.