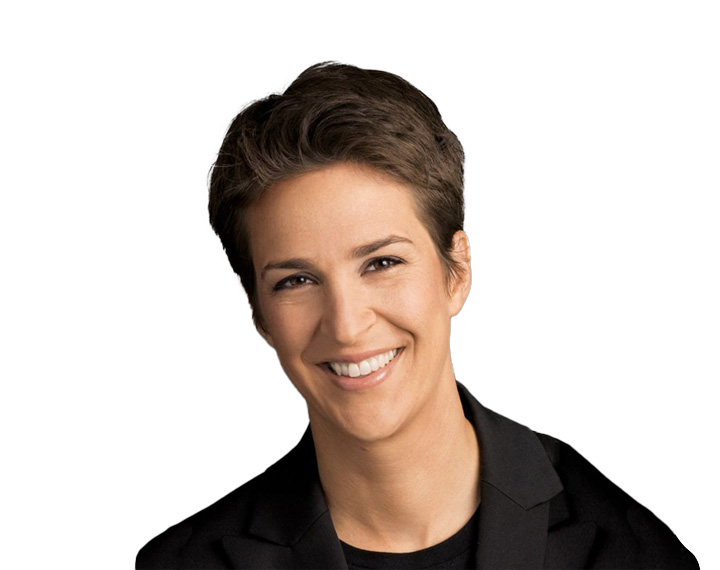 “The Rachel Maddow Show” was the most successful show launch in MSNBC history, immediately boosting ratings in its time period when it debuted in September 2008. “The Rachel Maddow Show” was named one of the top shows of the decade by the Washington Post in 2009. Maddow was also named a “Breakout Star of 2008” by The Washington Post, The Los Angeles Times named her to the “Best of Television 2008” and she was named one of the “Top Ten Political Newcomers of 2008” by Politico.com.

The Rachel Maddow Show has won three Emmy Awards including for Outstanding News Discussion and Analysis (2011, 2017) and Outstanding Live Interview. Maddow has received in total six Emmy nominations including for Outstanding Host – News Program – Individual Achievement (2009), Outstanding News Discussion and Analysis (2011, 2017 and 2018, 2019) and Outstanding Live Interview (2017). Maddow has been honored by the Interfaith Alliance with the Walter Cronkite Faith and Freedom Award and received the 2012 John Steinbeck Award from the Center for Steinbeck Studies at San Jose University. She has received two Gracie Allen Awards including Outstanding Host – News/Non-fiction in 2012. “The Rachel Maddow Show” has been nominated twice by the Television Critics Association for the “Outstanding Achievement in News and Information” category and the show took home a GLAAD award in 2010 and 2017. In 2019, “The Rachel Maddow Show” won a Gracie Award in the “Interactive Media” category for “Bag Man,” and a Shorty Award for Best Branded Podcast. The podcast has also been nominated for a Peabody Award for Best Radio/Podcast.

Maddow was named an MSNBC political analyst in January of 2008. She first gained national prominence as a host on Air America Radio, where she worked from its inception in 2004. Prior to joining AAR she worked for WRNX in Holyoke, Massachusetts, and WRSI in Northampton, Massachusetts.

Maddow is the author of “DRIFT: The Unmooring of American Military Power,” which debuted at #1 on the New York Times bestsellers list in March 2012. Maddow’s new book “Blowout: Corrupted Democracy, Rogue State Russia, and the Richest, Most Destructive Industry on Earth,” was released on October 1, 2019.

Maddow received a bachelor’s degree in public policy from Stanford University. She earned her doctorate in political science at Oxford University, which she attended on a Rhodes Scholarship. She lives in New York City and Massachusetts with her partner, artist Susan Mikula.