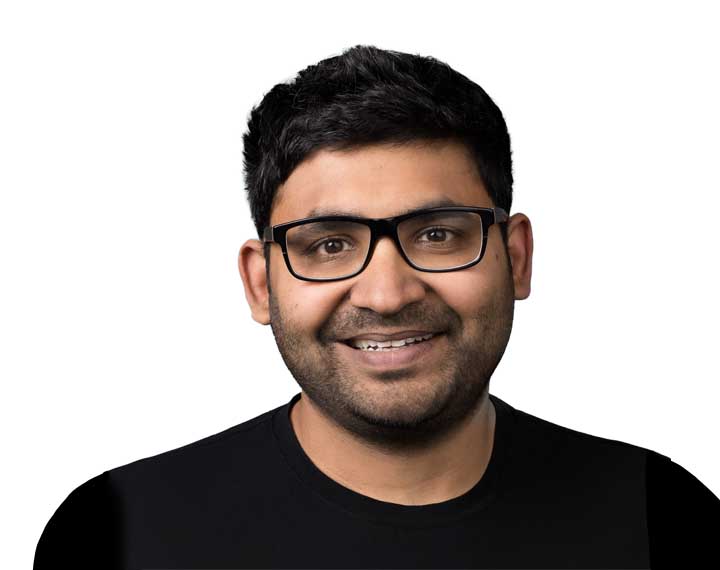 Parag Agrawal is an Indian-American technology executive, and the chief executive officer of Twitter since November 2021. Agrawal joined Twitter as a software engineer in 2011 and became the chief technology officer in 2017. On 29 November 2021, Jack Dorsey announced that he was resigning as CEO of Twitter and that Agrawal was replacing him, with immediate effect