Awarded Most Beautiful Stadium in the World 2019 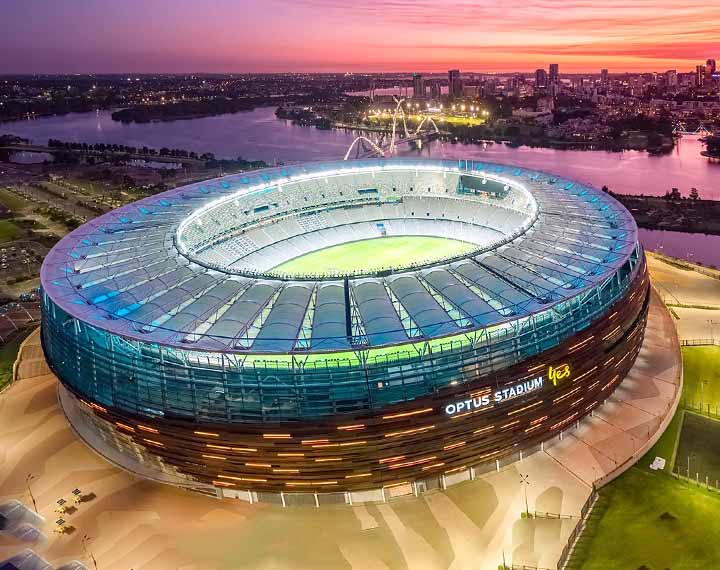 Awarded Most Beautiful Stadium in the World 2019. In July 2019, Optus Stadium was voted the Most Beautiful Sports Facility in the World in the Prix Versailles 2019 international architecture awards. Optus Stadium is owned by the Western Australian State Government and proudly operated by VenuesLive. Construction of the venue began in December 2013, with the Stadium officially opening on Sunday 21 January 2018.

The Stadium and the surrounding Park is located east of the Perth Central Business District, on the Burswood Peninsula. With views of the picturesque Swan River and Perth city in the west and the foothills in the east, this 60,000 seat, world-class, multi-purpose Stadium hosts a variety of sports and entertainment events, including Australian Football League, International and Big Bash League cricket, soccer, rugby league and union, plus concerts.

The surrounding Stadium Park precinct provides year-round access for visitors of all ages to enjoy the nature playgrounds in the Chevron Parkland, the BHP Boardwalk and Amphitheatre, picnic and barbeque areas, public art as well as a myriad of recreational facilities. There is also the opportunity to dine in the buffet or a la carte restaurants that overlook the Swan River.