57th Governor of the State of New York 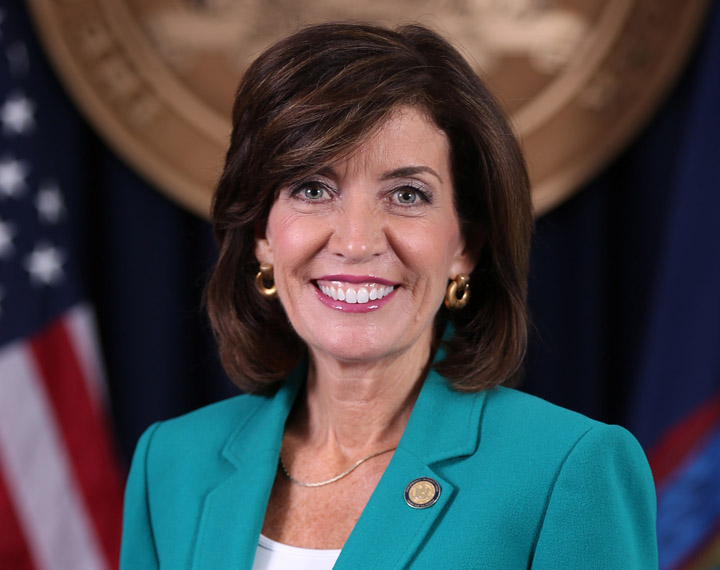 Kathy Hochul will be the 57th Governor of New York, and will assume office August, 2021. Kathy Hochul is the 77th Lieutenant Governor of New York. A lifelong New Yorker, she was born and raised in a blue-collar Irish Catholic family in Buffalo that instilled a deep passion for public service and activism. She continued that fighting spirit as a student organizer, as a young attorney and aide to Sen. Daniel Patrick Moynihan, and then as a member of her Town Board, Erie County Clerk, and as a Member of Congress.

After the Tea Party wave in 2011, Kathy entered a special election in the most Republican congressional district in the state, and against all odds, won as a proud Democrat. Her election, and later – her victory, was viewed as a national referendum on Paul Ryan’s agenda to bankrupt Social Security and Medicare. Despite risking her reelection, Kathy always fought to protect the Affordable Care Act, a woman’s right to choose, and the rights of our LGBTQ community. In Congress, Kathy proudly received the endorsement of various women’s groups like EMILY’s List and was often targeted by Conservative media for her defense of the contraception mandate under Obamacare. Kathy was also endorsed by the Human Rights Campaign and has been a lifelong champion for the LGBTQ community and the fight for equality. Kathy maintained true to her labor roots and consistently voted to support the working men and women of America. She was a frequent critic of tax breaks for millionaires and billionaires and called for tax cuts for low and middle-income earners.