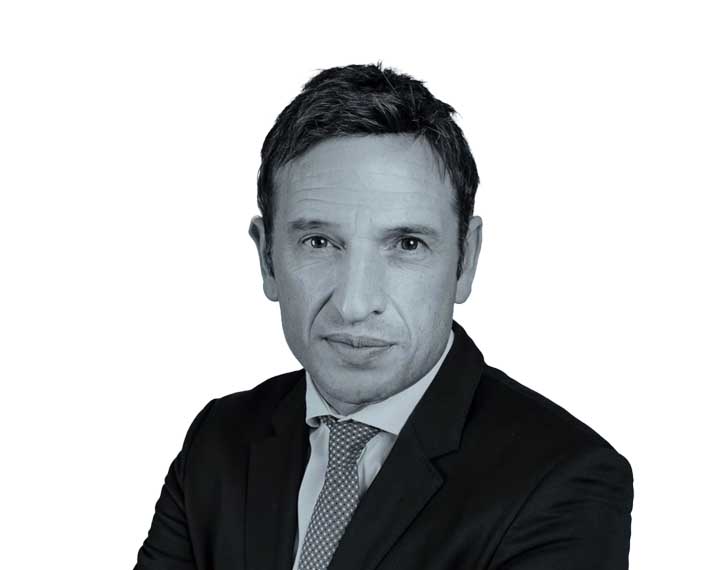 Noel joined the FAW from UEFA, where he is Head of Strategic Development working with all 55 European federations on their development including strategy, commercial revenues, participation, public affairs, digital transformation and governance.

Mooney hails from Cappamore, Limerick in the Republic of Ireland and is a former League of Ireland goalkeeper who played for Limerick, Cork City and Shamrock Rovers.

Following his playing career, he joined the Football Association of Ireland in 2006 where his role was focussed on domestic football, later having the responsibility of marketing the League of Ireland.

Mooney has been with the European football governing body since 2011 and was seconded to the FAI for six months in 2019 to lead the association ad interim. At UEFA, he has created a number of leading development programmes which have been adopted right across the European football landscape.

FAW President, Kieran O’ Connor welcomed Mooney’s appointment: “The FAW identified Noel as the right person to manage the FAW into a new era of success and evolution. He has a vast experience of working across all European national associations over the past decade to grow European football and we are delighted that Noel has agreed to focus his experience and skillset to develop football in Wales.”

On his appointment, Noel Mooney said: “In this next chapter for Welsh football, we will grow and evolve the game to become more popular and successful. The mission is very clear and I can’t wait to work with everyone in Welsh football to reach our full potential. I have enjoyed collaborating with great people to grow European football at UEFA for the past decade and now the focus will be on ensuring that the FAW becomes one of the best football associations globally at all levels by being strong locally in every village and town across Wales.”

The Football Association of Wales (FAW) was founded in Wrexham in February 1876 by a group of businessmen who wanted a representative team to play against Scotland. They wished to emulate the matches between the Scots and the English that had begun four years before.

The game against Scotland eventually took place in Glasgow in March 1876. The Welsh side, comprising ten players with connections in north Wales and a solitary player from the south, lost 4-0. The return match the next year in Wrexham ended in a 2-0 defeat.

Football in Wales would be dominated by the north in the early years of the FAW, as clubs such as Wrexham AFC, Oswestry Town FC and Chirk AAA FC rose to prominence. In 1877/78 the Welsh Cup was introduced with the initial aim of finding players of international calibre. Wrexham were the competition’s first winners and soon the tournament became a force in itself, though it was not until 1912 that a side from south Wales, Cardiff City FC, lifted the trophy.

The game finally started to take hold in south Wales in the 1890s, and in 1902 the Welsh Football League was formed. At the same time, however, many Welsh teams began to join the English leagues in search of a higher standard of opponent.

When football resumed after the First World War, then FAW secretary Ted Robbins tried to single-handedly revolutionise the way the sport was run in the country. The difficulties were immense as most top Welsh players were with English clubs and their release and availability for international matches never guaranteed. Nonetheless, Wales won the British Championship in 1907, with subsequent triumphs in 1920, 1924, 1928, 1933, 1934 and 1937.

Wales entered FIFA World Cup qualifying for the first time in the 1950s, and it was during this period that Herbert Powell, the FAW secretary, emerged as an influential figure with the fledgling UEFA organisation. However, the nation’s sole success to date in reaching a World Cup final round came in Sweden in 1958, with the 1960s proving uneventful in comparison.

In 1976 Wales got to the quarter-finals of the UEFA European Championship under manager Mike Smith, and over the following years they developed into one of Europe’s most improved sides, under first Mike England and then Terry Yorath. However, a second qualification for a major finals was to remain an elusive quest.

Some great Welsh players have performed with distinction on the world stage, including John Charles, who became an idol in Italy; Ian Rush, a feared goalscorer for Liverpool FC; Neville Southall, the Everton FC goalkeeper; and Ryan Giggs, who won the UEFA Champions League with Manchester United FC in 1999 and 2008.

Wales also came agonisingly close to qualifying for UEFA EURO 2004, losing to Russia in the play-offs, and with a new crop of talented youngsters having emerged – foremost among them the planet’s most expensive footballer Gareth Bale – there is considerable optimism that Welsh football will be on the rise again.

In 2013 Wales successfully hosted the finals of the UEFA European Women’s Under-19 Championship and this was followed in 2014 with the staging of the UEFA Super Cup in Cardiff.

A successful European Qualifying campaign, that started with a 2-1 away win in Andorra during September 2014, signalled the beginning of an incredible journey for the Wales National Team under Chris Coleman as they went on to qualify for UEFA EURO 2016.

Along the way to qualifying for their first major tournament since 1958, Wales convincingly defeated Israel in Haifa and took four points off favourites Belgium, with a stunning victory over the Red Devils at Cardiff City Stadium in June 2015 that saw the team lifted by the impromptu rendition of Hen Wlad Fy Nhadau from the supporters.

Despite suffering their only defeat of qualifying in Zenica against Bosnia & Herzegovina during October 2015, Wales celebrated qualification to EURO 2016 when the full-time whistle was blown, sparking huge celebrations between the players and the Welsh fans who had made the journey.

At EURO 2016, Wales were drawn in a group against Slovakia, England and Russia. Coleman’s team got off to a tremendous start with a 2-1 victory over Slovakia in Bordeaux.

Despite a heartbreaking last minute defeat against England in Lens, Wales comfortably beat Russia 3-0 in Toulouse to progress to the Round of 16 as group winners.

Following a tough match against Northern Ireland in Paris, Wales edged themselves into the Quarter Finals with a 1-0 win and set-up a mouthwatering clash against Belgium.

Belgium took an early lead in the Quarter Final match played in Lille, but Wales turned in one of their finest ever performances to come from behind with goals from Ashley Williams, Hal Robson-Kanu and Sam Vokes.

Wales were now in the Semi-Finals of EURO 2016 – a truly tremendous achievement.

Coming up against Portugal, Wales were without the suspended duo of Aaron Ramsey and Ben Davies – two players that were instrumental throughout the tournament. The Semi-Final was a tight affair, but Welsh hearts were broken by two quick goals from Cristiano Ronaldo and Nani.

Wales were welcomed home as heroes on their return to Cardiff, with fans lining the streets to show their appreciation to the players for what they had achieved.

The UEFA Champions League Final saw Juventus and Real Madrid go head-to-head at the National Stadium of Wales on 3 June 2017. It was a perfect Final for Cardiff due to the Welsh links with the teams as Ian Rush and John Charles played for the Italians with Gareth Bale currently playing for the Galácticos and John Toshack having previously managed the Spanish giants.

Cardiff City Stadium hosted the UEFA Women’s Champions League on 1 June 2017 where it was an all French affair between Olympique Lyonnais and Paris St Germain.