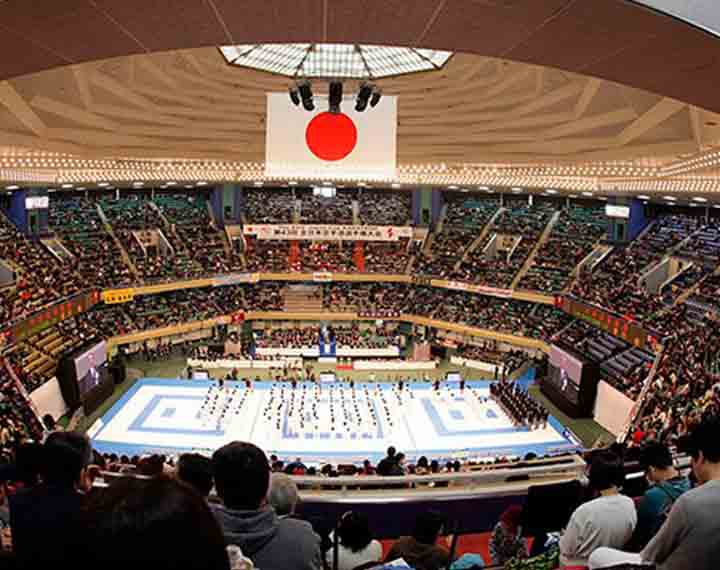 The Nippon Budokan, often shortened to simply Budokan, is an indoor arena located in Chiyoda, Tokyo, Japan. It was originally built for the inaugural Olympic judo competition in the 1964 Summer Olympics. While its primary purpose is to host martial arts contests, the arena has gained additional fame as one of the world’s most outstanding musical performance venues