The Lord Mayor City of London 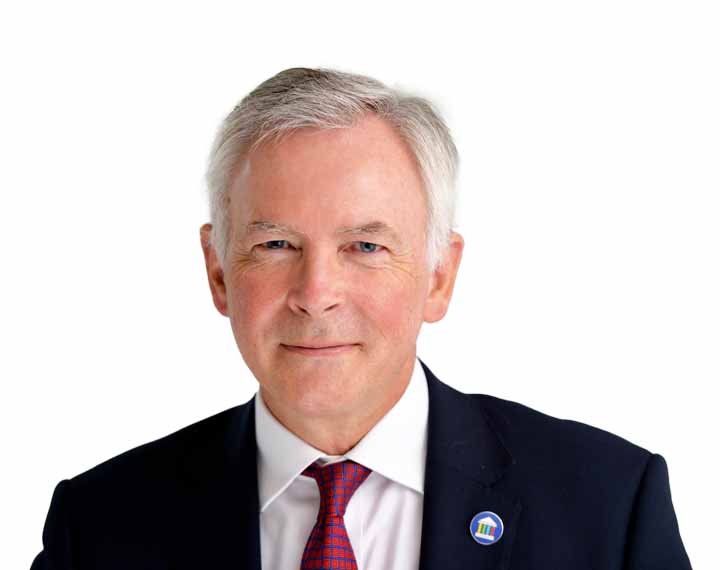 An international ambassador for the UK’s financial and professional services sector, the Lord Mayor also heads the City of London Corporation, the governing body of the Square Mile. It is an annually elected role with each new Lord Mayor taking office in November.

694th Lord Mayor of the City of London

During his year as Lord Mayor, Alderman Lyons will act as a spokesman for the City, leading overseas business delegations to key international markets on behalf of the UK financial and professional services industry.

In the role he will meet government representatives, alongside business leaders and policy makers both at home and abroad. He will look to strengthen economic ties with the UK, identify new business opportunities and promote the UK as a top global destination for foreign investment.

During his year as Lord Mayor, Alderman Lyons will champion Financing our Future promoting a resilient, resourceful and responsible city, deploying capital and expertise to supercharge economic growth nationwide and grow our global competitiveness.

Financing our Future will focus on driving growth and investment especially in the areas of long-term infrastructure lending, green and sustainable finance, boosting the early stage growth economy by mobilising private savings and pension funds and attracting international asset owners to have more of their money managed by asset managers in the UK. All of which will be underpinned by a commitment to financial inclusion for all.

Until the mid-18th century, Lord Mayors used their own houses or livery halls for their work as head of the City’s governmental, judicial and civic functions. The idea of creating a permanent residence came after the Great Fire of 1666 to provide a house for Lord Mayors who did not have their own livery hall.

It was almost a century later however, that the architect and Clerk of the City’s Work, George Dance the Elder, was chosen to design and build Mansion House. The first stone was laid in 1739, and the first Lord Mayor to take up residence was Sir Crispin Gascoigne. The House was completed in 1758.

Imposingly Palladian in style, it is faced by a grand temple portico at the front approached by flights of steps each side. The entertaining rooms were built on the first and second floors. The first floor had a roofless courtyard (later covered to form the Salon, the entertainment space) and the great Egyptian Hall. The second floor has a ballroom and private apartments of the Lord Mayor and family. The third and fourth floors contain meeting rooms and staff rooms. The cellars have storage space and once held prisoners’ cells, reflecting the former use of the Mansion House as the Lord Mayor’s Court.

While the Mansion House retains much of its original character, there have been changes. Some 50 years later, two large roof pavilions were found to be unsafe. Dance’s son, George Dance the Younger, removed one in 1795. The other was removed in 1846, and at the same time, the main entrance to the house was moved round the side, after various road works narrowed the esplanade up the steps at the front. There were refurbishments in the 1860s, and 1930s, and again in the early 1990s.