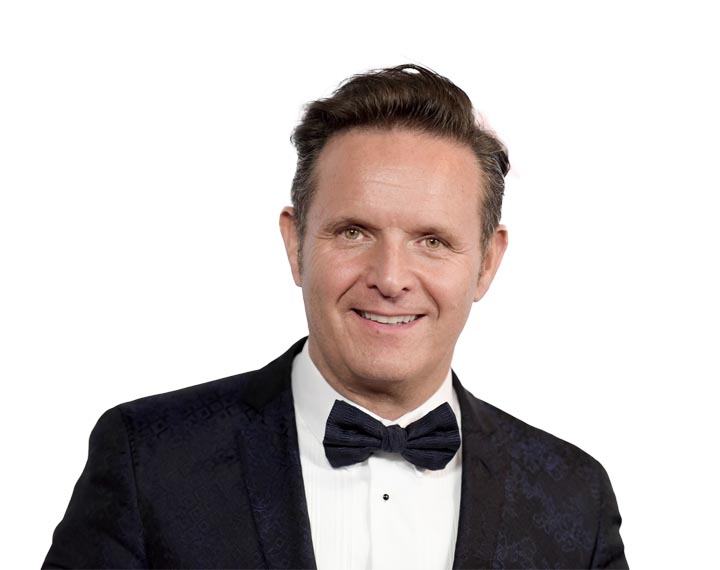 Burnett is one of very few producers to have had a renewed series on each of the four major networks and to have multiple series win their time slots on five nights of television in the same week.

Additionally, Burnett and his wife Roma Downey produced “The Bible” series on History Channel that was viewed by more than 100 million people in the U.S. alone. They also produced the feature film “Son of God” (20th Century Fox) that stunned the box office when it became one of the highest faith movie openings of all time. Together, Burnett and Downey have produced numerous television series including “The Women of the Bible” (Lifetime); “The Dovekeepers” (CBS); “A.D. The Bible Continues” (NBC); “Answered Prayers” (TLC). They were also executive producers on the feature films “Little Boy” for Open Road Films, “Woodlawn” for PureFlix, and “Ben-Hur” for MGM and Paramount Pictures.

The Hollywood Reporter named Burnett, #1 on their Reality TV Power List – 30 Most Powerful Sellers. TIME Magazine named Burnett one of the world’s most influential people. He has won BRANDWEEK’S Marketer of the Year Award, The Brandon Tartikoff Legacy Award, the PGA Norman Lear Award and the prestigious ROSE D’OR FRAPA Format Award. Burnett was inducted into the Broadcasting and Cable Hall of Fame in 2010 and was honored with a star on Hollywood’s Walk of Fame.

Metro-Goldwyn-Mayer Studios Inc. is an American media company, founded in 1924, that produces and distributes feature films and television programs. It is based in Beverly Hills, California. MGM was formed by Marcus Loew by combining Metro Pictures, Goldwyn Pictures, and Louis B.

Metro Goldwyn Mayer (MGM) was formed in April 1924 by theater magnate Marcus Loew, who orchestrated the merger of Metro Pictures Corp., Goldwyn Pictures and Louis B. Mayer Productions. With visionary Louis B. Mayer and production genius Irving Thalberg at the helm, MGM, with its legendary roaring lion logo, was a powerhouse of prolific artistry and filmmaking expertise. During a golden three decades from 1924 to 1954, the Culver City-based studio dominated the movie business, famously attracting “more stars than are in the heavens” and creating a Best Picture nominee at the Academy Awards® every year for two straight decades. Historically, in 1939 two of MGM’s most iconic films, Gone With the Wind and The Wizard of Oz, were both nominated for Best Picture. Gone With the Wind ultimately took home the Best Picture prize that year along with eight other Oscars®, including one for Hattie McDaniel who won for Best Actress in a Supporting Role and became the first African American to be nominated for and win an Oscar®. The Wizard of Oz would go on to secure two Oscars® of its own.

United Artists (UA) joined the MGM family in 1981 and quickly thrived as member of the “lion’s pride.” Established on July 15, 1919 by Charlie Chaplin, Mary Pickford, Douglas Fairbanks and D.W. Griffith, UA was best known as “the company built by the stars.” The budding studio quickly left an indelible mark on Hollywood, revolutionizing the motion-picture business by promising creative freedom to actors and filmmakers, while offering the filmmakers a share of the film’s profits.

Today, MGM is a leading entertainment company focused on the production and global distribution of film and television content across all platforms. The company owns one of the world’s deepest libraries of premium film and television content and is home to two of the longest-running and most successful film franchises in cinematic history with James Bond and Rocky. The Bond film series has earned nearly $7 billion to date at the worldwide box office and remains a seminal property for the studio. With a combined eight films released to date in the franchise, MGM’s Rocky and Creed movies have earned over $1 billion globally.

MGM Television creates lasting, platform-defining series and franchises that are important pillars for key partners across network, cable and streaming. Those programs include:

The Emmy, Golden Globe, and Peabody award-winning The Handmaid’s Tale on Hulu has captured the cultural zeitgeist and unfailingly remains one of Hulu’s most watched shows. Fargo on FX has won multiple Emmy and Golden Globe awards, and each of Fargo’s seasons has attracted premier talent and been lauded by critics and audiences alike. The Emmy-nominated historical drama series Vikings was History’s first foray into original scripted content and has cultivated a passionate and loyal global fanbase over the course of its multi-season run.

The long-running reality competition series Survivor on CBS has regularly been one of the top 20 most watched programs on U.S. television. The multiple Emmy Award-winning series was named by TIME magazine as one of the 100 greatest TV shows of all-time. Shark Tank on ABC has consistently won Emmy awards for Outstanding Reality Program and Outstanding Structured Reality Program year after year. The wildly popular reality singing competition The Voice on NBC has been awarded multiple Emmy awards and received more than 50 nominations, to date. Beat Shazam on Fox remains a popular summer programming draw for the network.