The MCG is a shrine to this city what the Opera House is to Sydney, the Eiffel Tower to Paris 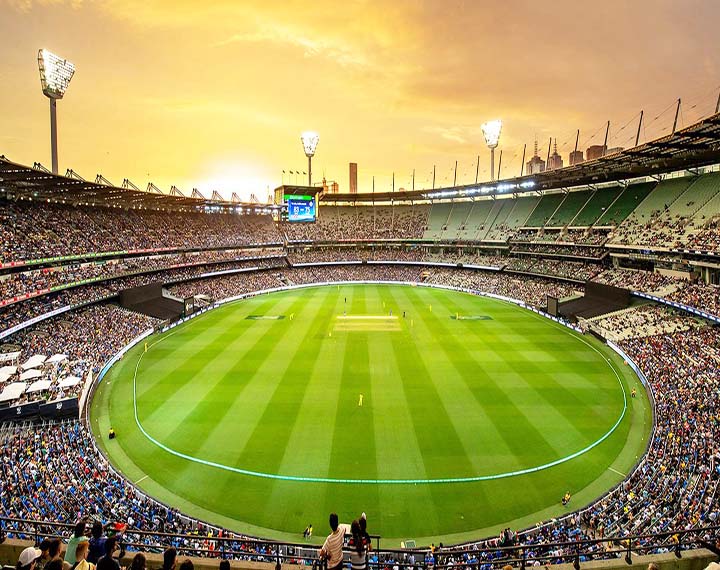 Home of Australian football and the National Sports Museum, also serving as a music venue and more. “The MCG is a shrine to this city what the Opera House is to Sydney, the Eiffel Tower to Paris and the Statue of Liberty is to New York; it symbolises Melbourne to the world. It inspires reverence.” The MCG is more than just a sports venue. It’s a place where memories are made and childhood dreams come alive. There are fleeting moments at the ‘G that stay with you forever. Ask any Victorian and they’ll be aware of the Melbourne Cricket Ground’s status as the home of sport.

But it is also steeped in a rich history; established in 1853, less than 20 years after the founding of Melbourne, it is often described as the beating heart of this fantastic city. It has been the home of Australian football since 1859, and was the birthplace of Test cricket in 1877 and one-day international cricket in 1971. It was the main stadium for the 1956 Olympic Games and 2006 Commonwealth Games, attracts up to 100,000 fans to the annual AFL Grand Final and the ‘G comes to life each Christmas at the Boxing Day Test.Other sporting spectacles to have been held there include World Cup soccer qualifiers, rugby league home and away matches and State of Origin, international rugby union and Austral Wheel Races. But the ‘G, as it is affectionately known to locals, is so much more than Australia’s biggest sporting stadium. It has hosted Papal and Royal visits and housed US Marines, the US Army airforces and our own RAAF during World War II. It has also been a concert venue for international and local performers, held open days, charity events, dinners and many more. Nestled in Yarra Park, about a 10-minute walk from the heart of the city, the MCG is open every day of the year for events and functions and tourists and the general public alike can visit seven days a week.

An MCG Tour is an absolute must on any Melbourne visit. The guided tour is the only opportunity to get an exclusive, behind the scenes peek of one of the world’s most iconic sports stadiums but is also a chance to hear about the history and secrets of the ‘G. The award-winning Australian Sports Museum is unique amongst sports and stadium museums around the world and is now open 7 days a week, excluding AFL match days. It brings together the history of the Melbourne Cricket Club and the MCG itself as well as more than 3500 objects across 95+ sports. And with an interactive sports gallery called Game On for visitors to experience the thrill of participation, there is truly something for everyone. All visitors must pre-purchase their ticket prior to visiting.

If you have tasted Melbourne’s world-famous cafe and pub culture you will appreciate the transformation the ‘G has made through its own range of bars and cafes. Venues such as the Paddock Cafe and Terrace Cafe are the equal of many of Melbourne’s hidden cafe secrets and are the perfect complement to the range of beer gardens, rooftop terraces and sports bars scattered throughout the stadium. While the steady calendar of top-class sporting events will offer unforgettable experiences for those who attend, there are plenty of other reasons to visit the MCG more often.