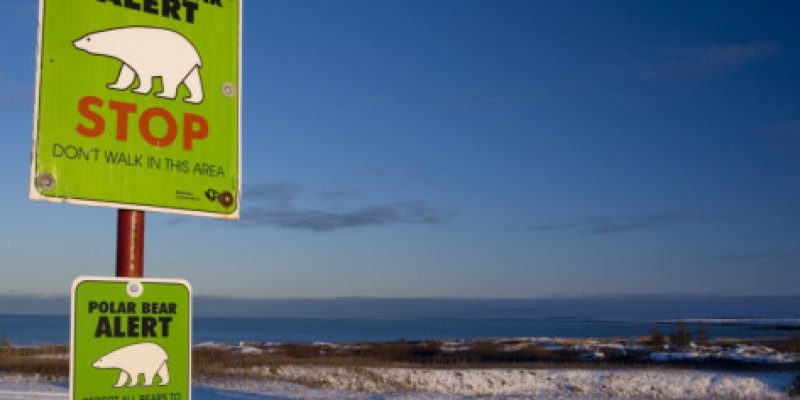 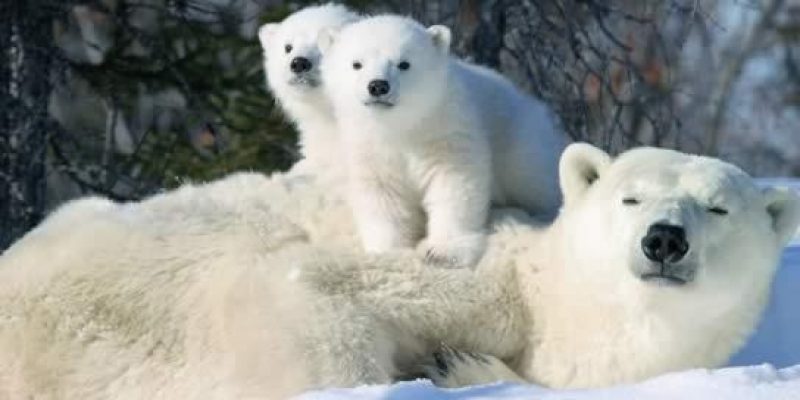 Polar bears roam the ice of Hudson Bay hunting seals. When the ice melts in July, the bears come ashore. They remain on land until the bay freezes over in late November.

Polar bears roam the ice of Hudson Bay hunting seals. When the ice melts in July, the bears come ashore. They remain on land until the bay freezes over in late November. While on land the bears eat little and are quite inactive. As autumn approaches, they begin to move northward along the coast and congregate where the first winter ice forms. This annual movement brings many bears into the town of Churchill each year.

Polar bears are intelligent animals and learn behaviour essential for survival. Some behaviour associated with the town of Churchill (scavenging at the dump or in town) is not necessary to the bear’s survival and can create a potentially dangerous, sometimes fatal, situation for both bears and people. To manage this people/bear mix, Manitoba Conservation operates the Polar Bear Alert Program, which has the following objectives:

To protect people and property from the dangers posed by the presence of polar bears,
To ensure the conservation of polar bears and avoid undue harassment and killing of bears,To prevent polar bears in the Churchill area from becoming conditioned to scavenging for food or developing other problem behaviours To protect Manitoba Conservation staff who work in the Polar Bear Alert Program. Visit Canada. Epic Canada Route © Monika Newbound