Leader of the House of Lords and Lord Privy Seal 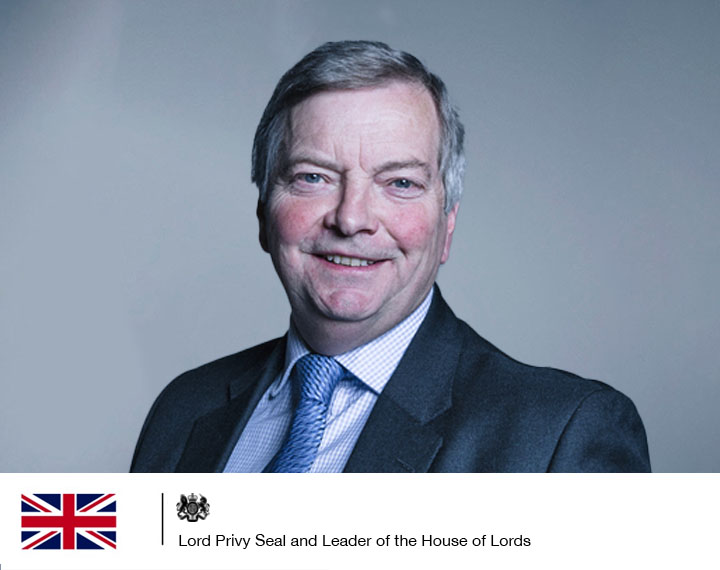 He was Private Secretary to the Opposition Chief Whip in the House of Lords from 1997 to 2010 and Deputy Head of the Prime Minister’s Policy Unit for Sir John Major, 1990-1994.

Lord True was made a Life Peer in December 2010 and Chaired the Select Committee on Intergenerational Fairness. He was appointed a CBE in 1993. Lord True read Classics and History at Peterhouse College, Cambridge, graduating in 1973.

Leader of the House of Lord

The leader of the House of Lords is a member of the Cabinet of the United Kingdom who is responsible for arranging government business in the House of Lords. The post is also the leader of the majority party in the House of Lords who acts as the government party chairperson in the house. The role is always held in combination with a formal Cabinet position, usually one of the sinecure offices of Lord President of the Council, Lord Keeper of the Privy Seal or Chancellor of the Duchy of Lancaster. Unless the Leader is also a departmental minister, being Leader constitutes the bulk of his or her government responsibilities, but it has never been an independent salaried office