Chief Executive of the All England Lawn Tennis Club 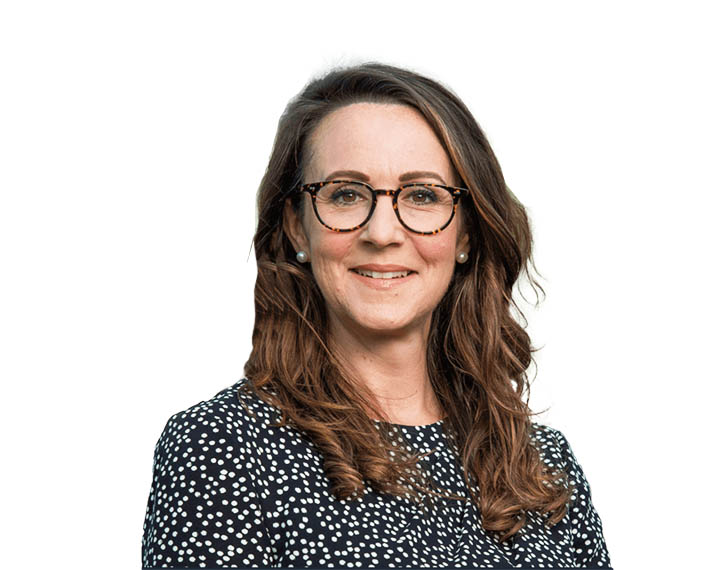 The Committee of the All England Lawn Tennis Club (AELTC), which stages The Championships, Wimbledon, today announced 20 December 2019 the appointment of Sally Bolton OBE to succeed Richard Lewis CBE as Chief Executive of the AELTC following The Championships 2020.

With a proven track record of sports and event management experience at both an executive and non-executive level within the sports industry, Bolton was recognised by the AELTC Committee for her depth of experience, vision and positivity in managing a wide variety of external and internal stakeholders at both a strategic and operational level together with her commitment to striking a balance between innovation and evolutionary progress.

Ian Hewitt, AELTC Chairman, commented: “Sally has a well-established pedigree in international event experience across a variety of sports with her background in rugby league, athletics and here at Wimbledon over four Championships. Her ability to combine a depth of operational knowledge with quality strategic thinking will make a significant contribution to the future strategy and direction of the AELTC and she will be an excellent leader of our able executive team. Our Committee felt that she is perfectly placed to assist us in embracing and delivering on our future challenges and opportunities.”

Sally Bolton OBE commented: “I am thrilled to be appointed as the next Chief Executive of the AELTC. In my four years working here to date I have learned what a special place the All England Club is and to be asked to lead such a fantastic organisation through the next period of its history is a tremendous honour and privilege. We have some fascinating challenges and opportunities ahead of us, and I look forward to working with Richard to achieve a successful transition before he steps down, and with Ian, the Committee and the rest of the executive team to ensure that Wimbledon continues to be regarded as highly as it is today.”

Richard Lewis CBE, AELTC Chief Executive, commented: “I am delighted that Sally has been appointed as my successor, she is the ideal person to take on this wonderful role. I look forward to working with her as we begin the process of a smooth and well managed transition. In the meantime, I look forward to working with Ian and the rest of the Committee on the delivery of a successful Championships in 2020 before I finally step down.”

Bolton has been working in sport since 1996. Having been Chief Executive of Wigan Rugby League and Orrell Rugby Union clubs she then delivered numerous events at major stadiums such as Wembley, Old Trafford, Millennium Stadium and Murrayfield. Bolton went on to lead the delivery of the Rugby League World Cup in 2013 following which she was awarded the OBE. She then spent two years as the Managing Director of the Organising Committee for the London 2017 World Athletics Championships, before joining the AELTC as Head of Corporate Affairs in 2016. Taking on the position of Strategic Planning and Operations Director in February 2018, Bolton has been part of four Championships at Wimbledon, and played a significant role in the acquisition of the Wimbledon Park Golf Club. She has been a Board Member of UK Sport since March 2018 where she is the Board’s diversity champion and has been a member of the Major Events panel since 2013.

The Wimbledon Championships, commonly known simply as Wimbledon, is the oldest tennis tournament in the world and is widely regarded as the most prestigious. It has been held at the All England Club in Wimbledon, London, since 1877 and is played on outdoor grass courts, with retractable roofs over the two main courts since 2019

Our vision is ‘Tennis opened up’, and our mission is to grow tennis by making it relevant, accessible, welcoming and enjoyable. We’re here to govern and develop tennis in Britain, from grassroots participation through to the professional game. Tennis is an amazing sport. Anyone can play; whatever their motivation or ability, from all communities and backgrounds. At any age and for a whole lifetime, tennis provides physical, social and mental rewards both on and off the court. We want tennis to be open to as many people as possible, across the whole of Britain. Volunteers, coaches, officials, clubs and venues all play an essential role in the future of our sport; without them, tennis can’t exist. We’re committed to providing them with the right investment and support, and celebrating their wonderful work. We want to engage with thousands of fans so that we can bring them closer to the sport, offering new ways for them to enjoy and get the most out of tennis. We will continue to deliver a standout calendar of major tennis events; from Fed Cup and Davis Cup ties, to grass court tournaments. We want to take tennis to new areas, so as many people as possible can watch world-class tennis action.

We are here to help many more people pick up a racket, whether it’s for the first time, or the first time in a while. We want to enable men and women of all ages and abilities to play more often, all year round. Starting early is crucial to playing for the long-term. We need more children to start playing and will do what it takes to make it as easy as possible for parents and kids across the whole of Britain to choose tennis. We will also build new and develop existing relationships with schools and local communities, so more kids and young people than ever before are able to pick up a racket.

We are committed to delivering a clearer route for players to develop – from starter sessions with our brilliant accredited coaches, to first-class support at our National Academies. Our Player Pathway is designed to find and nurture the next generation of champions, with a particular focus on enabling young players to break into the top 100, win medals at the Olympics and Paralympics, and in turn, inspire fans across the nation.

Founded in 1868 the AllEnglandLawnTennis and CroquetClub is home of the famous Wimbledon Tennis Championships every summer. The museum is open for visitors all year round to learn about the history of the club and the Championships. Lawn tennis venue for annual Wimbledon Grand Slam championship, with museum, tours and restaurants. The All England Lawn Tennis and Croquet Club, also known as the All England Club, based at Church Road, Wimbledon, London, England, is a private members’ club. It is best known as the venue for the Wimbledon Championships, the only Grand Slam tennis event still held on grass

The Duchess of Cambridge, Patron of Wimbledon and the All England Lawn Tennis and Croquet Club

The Duchess of Cambridge, patron of the All England Lawn Tennis and Croquet Club, made her first Wimbledon 2022 appearance on its 09th day with The Duke of Cambridge. Wimbledon has remained one of the stape events on Catherine’s summer calendar. An amateur Tennis player, as of 2022, the Duchess has attended the championship 18 times since joining the Royal family. Her passion for tennis saw her receiving the patronage of AELTC in 2016 from Her Majesty The Queen. Following her mother’s footsteps, Prince George and Princess Charlotte have taken tennis lessons and the family has a tennis court at their country residence Anmer Hall.